It’s Your Turn To Lead 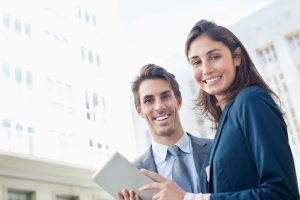 You kids (and I mean the millennials and Gen Zers) may not recognize the name David Gergen, but he’s been around for a very long time. Advisor to four presidents (Nixon, Reagan, Ford, and yes, even Bill Clinton), he’s also been a commentator on CNN and founder of the Harvard Center for Public Leadership. He’s authored a book about leadership and how it’s time for the younger generations to take the stage and lead, as we dinosaurs shuffle off the stage and, at some point, off the mortal coil.

The book, “Hearts Touched With Fire, How Great  Leaders Are Made,” is an appeal to the younger generations (that means you guys) to get involved and not wait to be invited. Boomers and Gen Xers moved the needle on civil rights, voting rights, women’s rights, gay rights, and the like. Now, it’s up to you folks to take charge and make the changes necessary to keep this country going. Not an easy task.

Who are some of the peeps now taking leadership roles? Greta Thunberg, climate activist. Alexandria Ocasio-Cortez and her “squad.” Gergen celebrates that young people are willing to get into the arena, but the issue then is how to get things done. Leadership, whether it’s a Biglaw firm, general counsel, or head of a government agency, is not so much about education, it’s about the temperament to lead. Two very different things.

Life these days is difficult for leaders. And the idea of leadership itself has changed, says Gergen. No more a single charismatic leader going it alone. Today’s leadership is collaborative, working from the bottom up, and the Black Lives Matter movement is a perfect example of how leadership works today. Unlike with the presidential leaders that Gergen considers the greatest in American history, Washington, Lincoln, and FDR, today’s times call for a different kind of leadership.

Gergen provides 20 key takeaways. Space limitations preclude a discussion of all of them, and even if I had the space, probably some of you would want to take a fork to your eyeballs, or mine. There is an urgency to what he thinks needs to be done, and it’s up to the younger generations to fix the damage done over the decades. My generation needs to pass the torch and not wait any longer. We need to relinquish our old ways of getting things done because they don’t work anymore. All we need do is look around us.

So, here are just a couple of the takeaways from Gergen’s book. One is that the nation needs a serious course correction, and that is true regardless of political suasion. A corollary of that it is now time for new leadership, dare I say younger? Gergen thinks so. Even though I was only 12 when John Kennedy gave his inaugural address in January 1961, I still remember his words that the “torch had been passed to a new generation.” Kennedy was the first president born in the 20th century. He looked so young (only 43) and vigorous compared to the departing Dwight Eisenhower.

Don’t be afraid to fail. Try hard things, Gergen says, and if you fail, move on. As the playwright Samuel Beckett said, “fail better.” We all fail, every one of us, all the time, but leaders persevere.

Just because you are young doesn’t mean you can’t lead. Examples: in addition to Greta Thunberg, who has been beating the drum about climate change since she was a kid, Amanda Gorman’s recitation of her poem at the Biden inauguration, Simone Biles and Naomi Osaka, who have put mental health front and center. Our profession is finally starting to do that but leading from the rear.

Learning to manage upward is an important leadership skill, Gergen says. You need to learn how to manage your boss. Learn how to keep the boss’s boss off your boss’s back. That’s a skill that not many people have but which is essential to leadership. I’m not saying you should lead your boss around by the nose, but you get the idea. The more the boss looks good, the better you look. And the ability to herd cats is also a useful leadership trait.

I’m sure that you are all familiar with the phrase “He is his own worst enemy.” As Gergen witnessed when he worked for Richard Nixon, “the single greatest danger for most leaders is self-derailment.” They do it to themselves without anyone else’s help; the wounds are self-inflicted.

Most importantly, Gergen says, “friends, and networks, still matter.” Half the reason that students attend top business schools is to make friends and develop professional networks that will endure for the rest of their lives. More than half of the jobs are filled by referrals. So, it’s important to cultivate relationships in law school and afterward in clerkships, first jobs, bar association activities, and beyond.

Leaders can come from unlikely backgrounds and venues with all sorts of different experiences and points of view. As you take over law firm leadership, in-house leadership, judicial leadership, legal education, and every other nook and cranny of our world, you need to step forward and lead into the future, no matter how daunting. You can lead in small ways as well as large. It’s your turn now.

What is Salary Misclassification in Connecticut?