Jones Day Out About $7M After Client Goes Belly Up 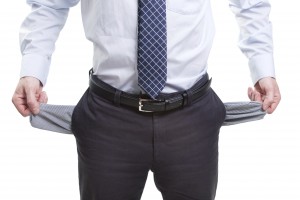 You win some, you lose some.

Jones Day is currently in the latter category and we’re not just talking about the GOP losing the White House despite the firm’s best efforts. No, the law firm that developed something they openly called “Project Ratfuck” earned a small measure of karmic payback when a client went up in smoke leaving the firm on the hook for what works out to be around $7 million.

Roll on Friday has the story:

An insolvent business has left Jones Day out of pocket to the tune of £5.5 million, while HSF has an unpaid debt of £900k.

Today Development Partners (TDP) was co-founded by Jonathan Faiman in 2018 as an online groceries business to rival Ocado. Faiman had been one of the three founders of Ocado, but left the business in 2008 and sold most of his shares in 2010.

A founder moving on to start a rival can become a huge success. Or it can become exactly what you’re already predicting:

Shortly afterwards, TDP became embroiled in a legal battle when Ocado sued Faiman, accusing him of “corporate espionage” and claiming that he had used confidential information to set up TDP. In June 2021, Faiman and another former Ocado employee, paid £1.75 million to Ocado as part of a settlement it was reported in The Times.

On top of this, Ocado called out then-Jones Day partner Raymond McKeeve for contempt of court alleging that he counseled his client to destroy documents. McKeeve was cleared but the case continued on appeal.

Things kept getting worse for the company as a former client sued for millions more. Finally, everything came crashing down:

An unholy mess, which may have seemed to be a money-spinner to the lawyers involved, had it not been for TDP going bust last month. An administrators’ report has shown that Jones Day was the single biggest creditor, being owed a whopping £5,532,837. Waitrose was listed as the second biggest creditor, with an outstanding debt of £4 million. And HSF was third: out of pocket by £901,134.

In the grand scheme of a $2.2B firm, losing out on a few million isn’t going to make much of a dent.

Jones Day out of pocket by £5.5m and HSF owed £900k after client goes bust [Roll On Friday]

The Top Reasons For eFiling Rejections