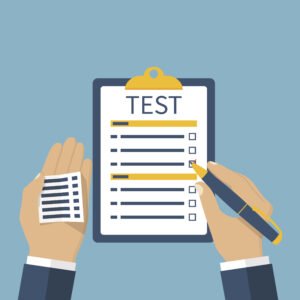 They say cheaters never win, and that’s certainly the case in this bar exam cheating scandal.

The Singapore Institute of Legal Education launched an investigation that has — so far — revealed that six students cheated on the 2020 Bar exam. The folks at Roll on Friday have more of the details on the cheating scheme:

The Singapore Institute of Legal Education launched an investigation and found that six graduates, out of a cohort of 26, cheated in the 2020 Bar exam. The Attorney General is now probing a further five graduates; so the number of deceitful Bar applicants could grow to 11 out of the group of 26.

Five of the proven cheaters had shared answers to several exam papers with their fellow students at the time, via WhatsApp messages. The group admitted their wrongdoing as soon as the investigation was underway, and were required to retake the papers they had cheated in.

A sixth graduate initially denied cheating, and argued that her answers were similar to another student because they studied together and shared notes. However, the investigation revealed that their answers were not just similar, but had the same pattern and errors. The red-faced graduate finally fessed up, and was made to resit an entire course.

The matter was brought before Justice Choo Han Teck, who was presiding over a hearing to determine applications to the Singapore Bar. The Attorney General objected to their admission, you know, because of the whole dishonesty thing. And that’s when Justice Choo let his true feelings be known.

The judge lamented that so many applicants cheated, particularly that one of the subjects they fudged their way through was ethics and professional responsibility. Which, tbh, does feel particularly galling. As he noted, honesty is “among the highest virtues, and it is best to avoid stumbling on account of a lack of it from the outset. That is to say, even lawyers in the embryonic stage – law students – must be trustworthy.” But Justice Choo noted that “dishonesty and lack of probity” weren’t the only problems. Since the cheating scheme also “reveals a lack of diligence, and a propensity to take shortcuts – neither of which are sound professional qualities.”

Justice Choo also tried to find an explanation for the cheating, wondering if “the mode of present-day examinations made it more conducive for cheating?” Or if there’s “a culture of cheating brewing in the earlier stages of an applicant’s education?”

At the end of the day, Justice Choo said he was “loathe to shut the door on a wrongdoer with no prospects of redemption,” as there was a duty on judges to “prevent a repeat of the wrong, and to do so without breaking young backs in the process.” He continued, “In a profession in which every member must be like Caesar’s wife – beyond reproach – dishonesty is a big problem. But it would also be harsh to have one’s professional career ended before it has even begun.”

And the end of the day the judge delayed the applications of the cheating students — five for six months, another for a year. Perhaps this will teach the valuable lesson that the law must also show mercy.

Diversity in Biglaw: Same Old Rhetoric or Reason for Optimism?

Diversity in Biglaw: Same Old Rhetoric or Reason for Optimism?