Judges Sometimes Come Up With Better Arguments Than Lawyers 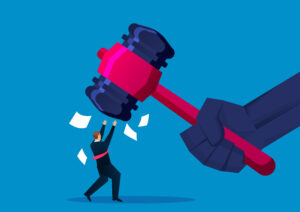 Most judges practiced law for years, or even decades, before they were appointed or elected to the bench. As a result of this experience, and the time judges spend on the bench, jurists have a wide variety of experiences that can make them well-seasoned when it comes to litigation matters. In certain instances, judges can come up with great arguments about a matter, and sometimes, these arguments are even better than the attorneys themselves presented in a case. Advocates should not be afraid to use such arguments to their advantage at later stages of a litigation since this is basically free advice on how a lawyer should handle a given legal matter.

During oral arguments, judges usually ask the attorneys various questions about the factual situation surrounding an issue and the legal arguments a party has advanced on a matter. In many instances, judges play Devil’s Advocate and make points against a lawyer’s position to see how the lawyer would respond to various arguments. This helps probe the strength of a lawyer’s case and helps a judge evaluate which party should prevail in a given matter.

For instance, earlier in my career I was arguing a summary judgment motion in a breach of contract matter. My adversary was making an argument that there was an implied condition in the contract at issue in the case, and as a result, his client was not at fault for breach of contract. During oral argument, the judge asked my adversary about the parole evidence rule. As many lawyers and law students know, this rule prevents parties from bringing in information outside the four corners of the contract to interpret terms of the contract. I had not spent much, if any, time teasing out the parole evidence rule in my papers since I focused more time on the fact that there was a high burden to prove an implied condition, which was not satisfied in that case.

In any event, the questions about the parole evidence rule threw my adversary off guard since he was basically forced to rattle off “black letter” law about this principle, which he had likely not done since law school. I was impressed that the judge had the idea to bring up this principle since it severely undermined my adversary’s argument. I kicked myself at not fully briefing this rule and spending more time on other arguments in my papers. However, I resolved that if this case went to trial, I would take the “free advice” of the judge and make the parole evidence rule a bigger part of my case strategy.

During the proceedings, the judge kept playing Devil’s Advocate, and was presenting arguments in rapid fire that were against this other lawyer’s client. Some of the arguments I had thought of myself, but some of the arguments I did not really tease out. Later, when I submitted papers related to the preliminary injunction that was also requested by my adversary, I made sure to brief the arguments advanced by a judge, and I was happy that the judge had tipped me off about such points.

There are a variety of reasons why judges sometimes come up with great arguments for one side or another during the course of a proceeding. As previously mentioned, experience both before and after a judge was picked for the bench can help a judge target good arguments for a particular matter. However, the fact that a judge is a detached and neutral party can also have an impact on the ability of a judge to come up with good points.

Lawyers have a responsibility to be zealous advocates for their clients, and sometimes lawyers can get emotional about a matter or let their clients lead them to certain positions. This can limit a lawyer’s ability to fully evaluate a matter and present good arguments. However, a judge does not have these limitations and can neutrally assess the facts and the law surrounding a matter and come up with good points. This position can put them at an advantage when it comes to making arguments about one side or another to a dispute.

All told, whatever the reason, judges sometimes come up with great arguments in a matter. Often, it is impossible to use those arguments at a later time because a matter has been resolved. However, it is usually advantageous to use a judge’s arguments at a later proceeding both because such points may be persuasive and because a judge may appreciate her or his arguments being expanded upon during the course of a case.

Biglaw's Most Recent Summer Associate Class Was The 'Most Diverse Ever'