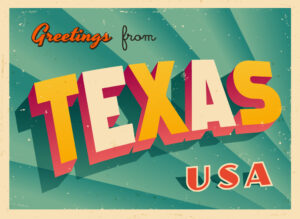 The Texas Commission on Judicial Performance has admonished a judge for conduct unbecoming, However, what I read in the Legal Profession Blog would seem to require more than just a “bad boy, don’t do it again.” The judge’s behavior went off the rails both in the courtroom and in chambers. He was not happy with the presentation of a divorce case, which so irritated him that he slammed a book on the bench, lost his temper, using harsh and sarcastic language, abruptly announced recesses and walked off the bench.

But wait! There’s more! The judge had a lengthy discussion with one of the lawyers, ex parte, in his chambers, where he continued to rant and then switched gears, admitted to having a bad temper, that he had made a “terrible mess” of the case, and that it would have been better if the attorney “invited” into his chambers had “fussed” at him. Was that really an option?

Recusal followed and then the admonishment. In addition, the Commission ordered two hours of education. Wait, what? Do you think that a paltry two hours learning proper judicial conduct (don’t you think he’d know this stuff already?) is going to ameliorate his anger management issues? So, he showed no judgment as to his conduct on and off the bench, but at least some judgment when he recused himself the next day.

And here’s another one from Texas — what is it with Texans? I guess the Wild West still lives in the state’s courtrooms, and let’s not even talk about gun laws there. In this case of judicial ineptness, the court decided that it was unhappy with not one, but two family law attorneys in different matters. Sanctions, you ask? Would you believe shackling (I am not making this up) both attorneys to chairs in the jury box while their separate proceedings continued?

Any judicial temperament issues here? The public reprimand from the Texas Commission on Judicial Performance whacked the judge, Barbara Stalder, upside the head for “her willful and/or persistent failures to be patient, dignified and courteous towards the attorneys; willful and/or persistent disregard for their rights to be heard according to law; and willful and/or persistent conduct that is clearly inconsistent with the proper performance of her duties and that cast public discredit upon the judiciary.” No issue that she showed no judgment. Who said that “karma is a bitch?” She lost in her primary race for re-election.

Does anyone remember the movie “Weekend at Bernie’s“? Bernie had been embezzling company funds and was murdered by his mob partners, but two of his employees prop him up as if he were alive to take advantage of a weekend at Bernie’s beach house to party.

A Chicago lawyer has done his own version of “Weekend at Bernie’s” by settling a case and not telling the insurance adjuster that the plaintiff had died. Whoops. And he did not tell the adjuster until it was time to sign the settlement agreement and it was the administrator of the plaintiff’s estate who was to sign. The Illinois Disciplinary Commission has filed a complaint against the attorney. No surprise about the lack of judgment. The only surprised party must have been the insurance adjuster.

Here’s where the snark ends. Now it’s Buffalo and Orange County, the latest in our never-ending series of mass shootings. And the 9th Circuit, in Jones v. Bonta, in a 2-1 decision, has struck down a California law that had denied those under 21 the right to buy automatic weapons on the grounds that the law was unconstitutional. Right or wrong judgment? At least there remains in place the California law that bans the sale of liquor to those under 21. Imagine, a kid (like the 18-year-old in Buffalo) who can not only purchase automatic weapons but, in some states, can buy booze at 18. Combine the two and what do you have? A truly scary notion, but not any scarier than what we are witnessing now.

So, as lawyers, what can we do or should do these days? Given the wide divergence of views among lawyers on various issues such as choice, gun control, immigration, gay rights, voting rights, and so on, lawyers don’t speak with one voice, even on basic constitutional issues, but we do express our views in vigorous debate that the framers envisioned centuries ago. However, I doubt if they envisioned social media and the hate that it spawns with some lawyers as willing participants.

Everyone spouts the same old platitudinous words; “thoughts and prayers” are with the grieving families both in Buffalo and the O.C. But contrast those words with the hatred that some peeps aim toward others who look different or who hold different beliefs. It’s a bubbling cauldron of vitriol that is constantly replenished. Where’s the outrage?

Think about this: next time, it could be one of your family, friends, or colleagues just going to the grocery store, a church lunch celebration, or anywhere else for that matter, someone who is merely in the wrong place at the wrong time. Many of you are too young (or were not yet born) to remember the 1993 mass shooting at the San Francisco law firm, Pettit & Martin. So don’t say it can’t happen to you. Although you may say that you don’t have a dog in this fight, you do. We all do.

What Happens to Companies That Violate Wage Laws in Flower Mound?

Yes, This *IS* A Law School Scam, But It’s Not What You Think

Can You Be Fired for No Reason in Oregon?


Warning: unlink(/tmp/jnewsfirstload-8IkC1q.tmp): No such file or directory in /home/customer/www/dailylegalbriefing.com/public_html/wp-admin/includes/class-wp-filesystem-ftpext.php on line 142