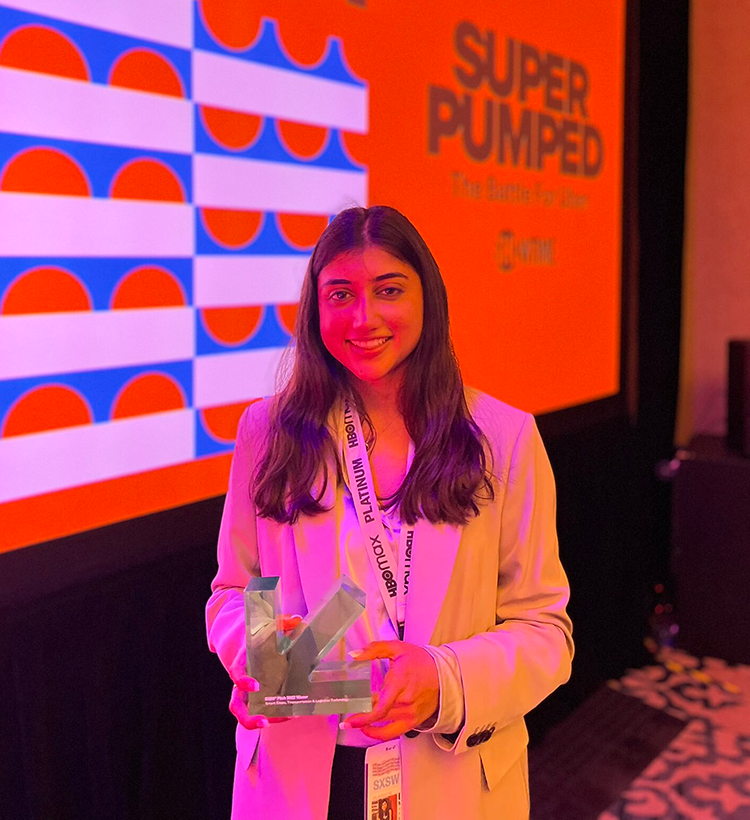 JusticeText, a technology platform that assists public defenders with processing video and audio evidence, recently won a pitch competition at the annual South by Southwest conference in Austin, Texas.

Mehrotra, the company’s CEO, says the competition involved her making a three-minute pitch and answering a series of questions from investors serving as judges. She shared how JusticeText, which was created with the aim of helping level the playing field between prosecutors and public defenders, has seen public defender’s offices across the country sign on to use its product in the last two years.

“Being able to see how much growth we’ve had in a very short period of time while at the same time being an organization that’s very much grounded in social justice was something that I think resonated with a lot of the judges and also audience members,” Mehrotra told the ABA Journal. 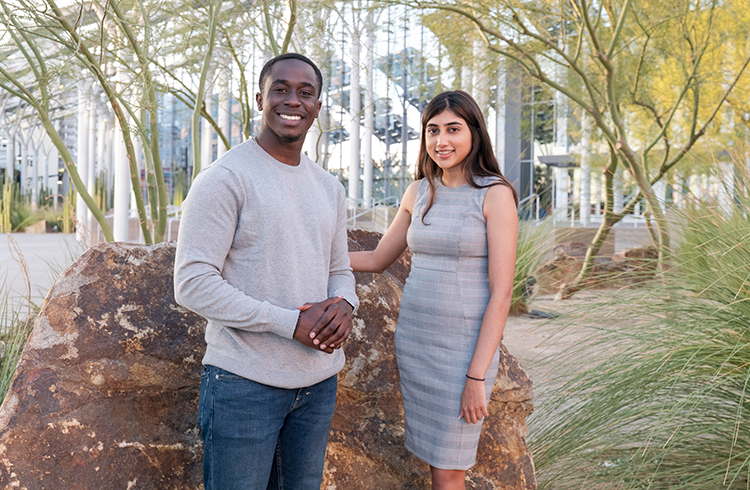 Leslie Jones-Dove (left) and Devshi Mehrotra began developing JusticeText as part of a class project when they were attending the University of Chicago. Photo by Jeff Green Photography.

“Proud of @DevshiMehrotra, a brilliant past leader of @UChiPolitics, whose @JusticeText, conceived while she was a student, is using technology to help make our criminal justice system more just! Making a real difference,” Axelrod wrote on Twitter.

Mehrotra says she was thrilled and very grateful JusticeText won in Austin, a victory she hopes will help bring the company additional exposure at a time when it is raising a seed funding round.

Mehrotra, who appeared on a South by Southwest panel about the criminal justice system, also highlighted she was the only female presenter of the five finalists and two alternates in her pitch competition category.

“It was especially exciting to get a lot of really encouraging feedback and support because me and a number of women talked about the fact that being underrepresented in this space can sometimes take a toll on us, but at the same time we have to keep showing up and keep excelling in the way that we are,” Mehrotra says.

JusticeText’s victory comes on the heels of Mehrotra and Jones-Dove being named one of the 2022 Legal Rebels by the ABA Journal. Additionally, Mehrotra appeared as a guest on the Legal Rebels Podcast last June.

It’s Time For Yet Another Raise At This Biglaw Firm

How Much Damage Could a Severe Hurricane Cause in Tampa Bay?


Warning: unlink(/tmp/jnewsfirstload-YCpr1B.tmp): No such file or directory in /home/customer/www/dailylegalbriefing.com/public_html/wp-admin/includes/class-wp-filesystem-ftpext.php on line 142