Last Year Was Great And All, But Biglaw’s Second Hundred Better Not Get Used To It 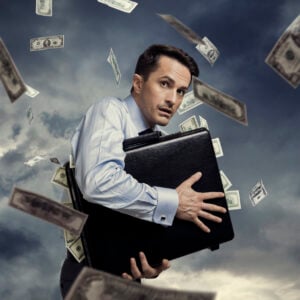 The Biglaw ranking-fest that is the Am Law 200 is out today. While the top 100 firms were previously released, today’s spotlight is on the second hundred firms — that is, those ranked 101 to 200.

Let’s start with the good news — because there’s a lot positive in the numbers.  Overall gross revenue for the second hundred is up 9.1 percent as is headcount, up 1.3 percent. Other health indicators had a strong performance last year, with revenue per lawyer up (7.7 percent), and profits per equity partner is up too (11.8 percent).

But as ALM reports, there are cracks to be seen:

The industry continues to consolidate as the Am Law 100 distances itself from the Second Hundred. The gap between the largest Am Law 200 firm and the smallest is also increasing. Economies of scale will become more important as costs continue to rise, such as increased marketing expenses, sustained salary increases for associates and staff, and rising demands by clients for law firms of all sizes to maintain cutting-edge cybersecurity and data infrastructure.

And when the crunch is on, well, expect to see partners who feel like they aren’t getting what they deserve hit that lateral market:

“We will certainly see some disgruntled partners and an increased level of movement from firms,” says law firm consultant Marcie Borgal Shunk, president and founder of The Tilt Institute. “This isn’t going to be a blanket scenario where all firms are hit equally. The firms that didn’t cut expenses down to the bone, who used the extra capital to invest rather than distribute to partners, will be better-positioned coming out of this high-flying market than the firms that chose to give all of the money to their partners.”

But just because that’s future Biglaw’s problem doesn’t mean some fissures aren’t showing. Like stratification — which is getting worse. The revenue gap between the firms ranked 101 and 200 grew to $299 million, up from $261 million the year before.

So which firms are the big winners? The firms with the greatest increase in revenue last year are: FisherBroyles; Pryor Cashman; Foley Hoag; Spencer Fane; and Benesch, Friedlander, Coplan & Aronoff.

And when there are winners, there are losers. While most firms saw an increase in revenue, that was not universally true. Though there are at least some explanations as to why these firms struggled:

Among the handful of firms that saw their revenue decline in 2021, the bottom five were mostly focused on litigation and other countercyclical work. High-end litigation shops like Robins Kaplan and Boies Schiller Flexner led the losses, shedding lawyers and dropping revenue by 10% and 8%, respectively.

Eckert Seamans Cherin & Mellott also struggled, shrinking its revenue by 6.6%. Sources told The American Lawyer affiliate The Legal Intelligencer that the firm had struggled to institutionalize corporate relationships. Kobre & Kim, a firm that prides itself on litigating adverse to banks, was down 3.4% on revenue. Lathrop GPM, a more balanced firm that grew substantially in a January 2020 merger, lost 4.8% of its lawyers and 14.8% of its equity tier in 2021, leading to a 2.4% decline in revenue.

Overall, it is hard to be concerned in the face of strong numbers like what we saw in 2021. But caution? That’s certainly warranted.

Is Your Firm Keeping Pace In A Remote-First World?

A Look At The Legal Profession’s Continued Diversity Efforts