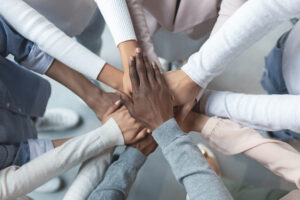 For all the laudable efforts firms make in improving diversity and inclusion, the scoreboard still shows a massive deficit.

The relative dearth of diversity among equity partners — and the troubling trend of using the income partner moniker to disguise attorneys as “partners” without affording them the actual benefits of the title — remain pernicious obstacles in law firm culture. And obstacles that compound upon themselves by limiting mentorship and support from up-and-coming candidates among the associate ranks. Firms by and large haven’t shown much capacity to address the issue and when a behemoth corporation tried to get at the problem from the client-side, he was ousted within months.

But the problem is actually much deeper than just who ends up in the corner suite.

Because law firms — mostly — aren’t trying to hamstring women and minority attorneys. They’re making “business decisions” that just keep working out to the detriment of these specific lawyers. Funny how that happens when firms and clients set those lawyers up to fail.

LexisNexis’ CounselLink held a webinar this morning looking at the trend lines in attorney billing rates over time. The conclusions weren’t promising.

Compiling data from more than 20,000 attorney profiles in CounselLink and invoices from January 2020 to September 2021, the study found that attorneys generally start off as first-years with comparable billing rates regardless of race or gender. But over the course of a career, the gap gets bigger and bigger in ways that shouldn’t surprise anyone monitoring the partnership gap.

By the 4th year, male and female attorneys are starting to see a little daylight when it comes to rates. It may not seem like much at that stage, but $20-$30 over the course of 2100 hours amounts to real money. And that gap continues to grow from there. As these attorneys move into partnership, the gap tightens at the lower end of rates with no noticeable difference among partners billing in the lower 50th percentile of rates, but as rates go up so does the gap with men billing around 10 percent more at the 75th percentile.

When it comes to racial disparities, the associate gap is even more stark: 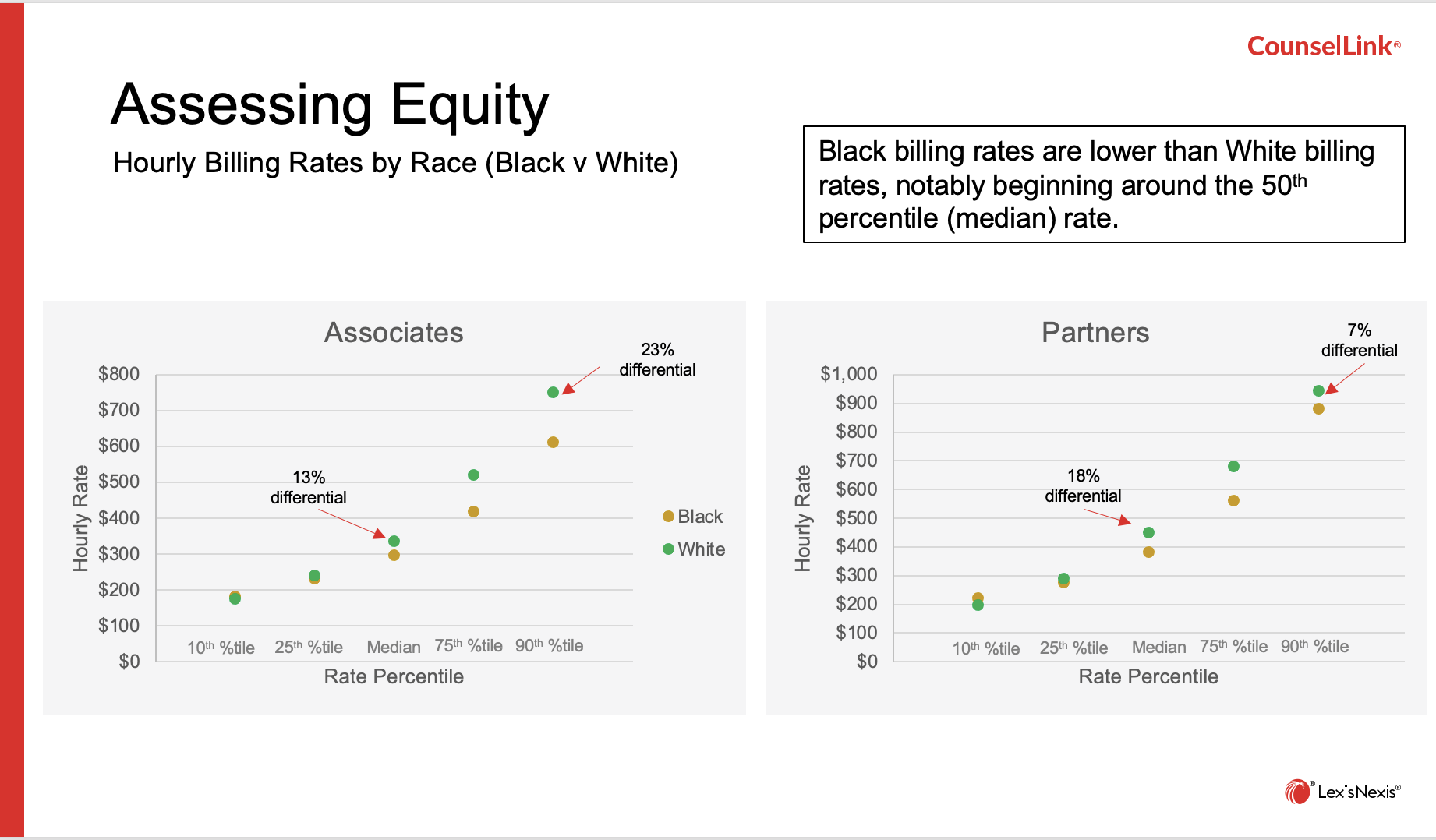 A 23 percent gap for associates billing at the 90th percentile (which we read as a combo of seniority and Biglaw status). The partner gap is, again, slim at the lower levels but as much as 18 percent at the 50th percentile and even more at the 75th. The tightening at the 90th percentile is a testament to the rates that high-profile Black attorneys demand in Biglaw. But this may have less to do with enlightened law firms and more to do with the upward access available to Black attorneys in government service. For example, former federal cabinet members are, on balance, demanding higher rates than lawyers who never left the law firm silo.

The gap for Hispanic/Latinx attorneys is even more pronounced at both the associate and partner levels with a 32 percent differential at the 90th percentile among associates. Asian lawyers eke out advantages over White attorneys, though the gaps are much closer than those White folks are holding over other ethnicities.

Bringing us back to the fundamental problem: traditionally underrepresented groups aren’t going to get access to the upper levels of partnership when they aren’t putting receivables on the page. And they aren’t putting receivables on the page because they aren’t being billed out at top dollar. Which means that even if they become partners they’re not going to be billing at the upper end of rates. Meaning they’re unlikely to be in the decision-making positions where they can correct the associate billing disparity in their firms in the first place.

And the cycle goes on.

Lawyers Should Admit More Often When They Are Wrong

From Biglaw To National Association For Law Placement

This is How You Can Prove a Sexual Harassment Claim in Little Rock, AR

Law Student Documents Her Struggles With Long COVID During School