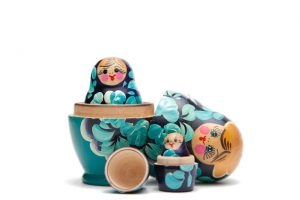 Think of these as successive official statements from the firm.

Spin the PR wheel… is this an exclusive relationship? A preferred relationship? Maybe a loose understanding? What do we call this thing? As they say, “big money, big money, no whammies, stop!”

Since the fall of the Soviet Union, Biglaw firms have built up a substantial book of Russian business. And, as the Russian Federation’s business environment morphed to include a similarly substantial level of laundering for the Putin regime, firms kept on working in the country employing measures to keep their business as distanced from Putin as possible — with varying success.

Regardless of how fruitful these anti-corruption measures were, in the wake of Russia’s invasion of Ukraine, law firms are issuing statements announcing their plans to… do something with their Russian business. Some statements proclaim a planned withdrawal while others read like some kind of facsimile of a withdrawal.

Enter today’s announcement from Eversheds Sutherland. Or “announcements,” as the case may be. The firm posted on LinkedIn earlier that it would spin off its Russian operations as a new firm known as Birch Legal. Does this sound like the firm is following through on its promise to “no longer have a presence” in Russia? 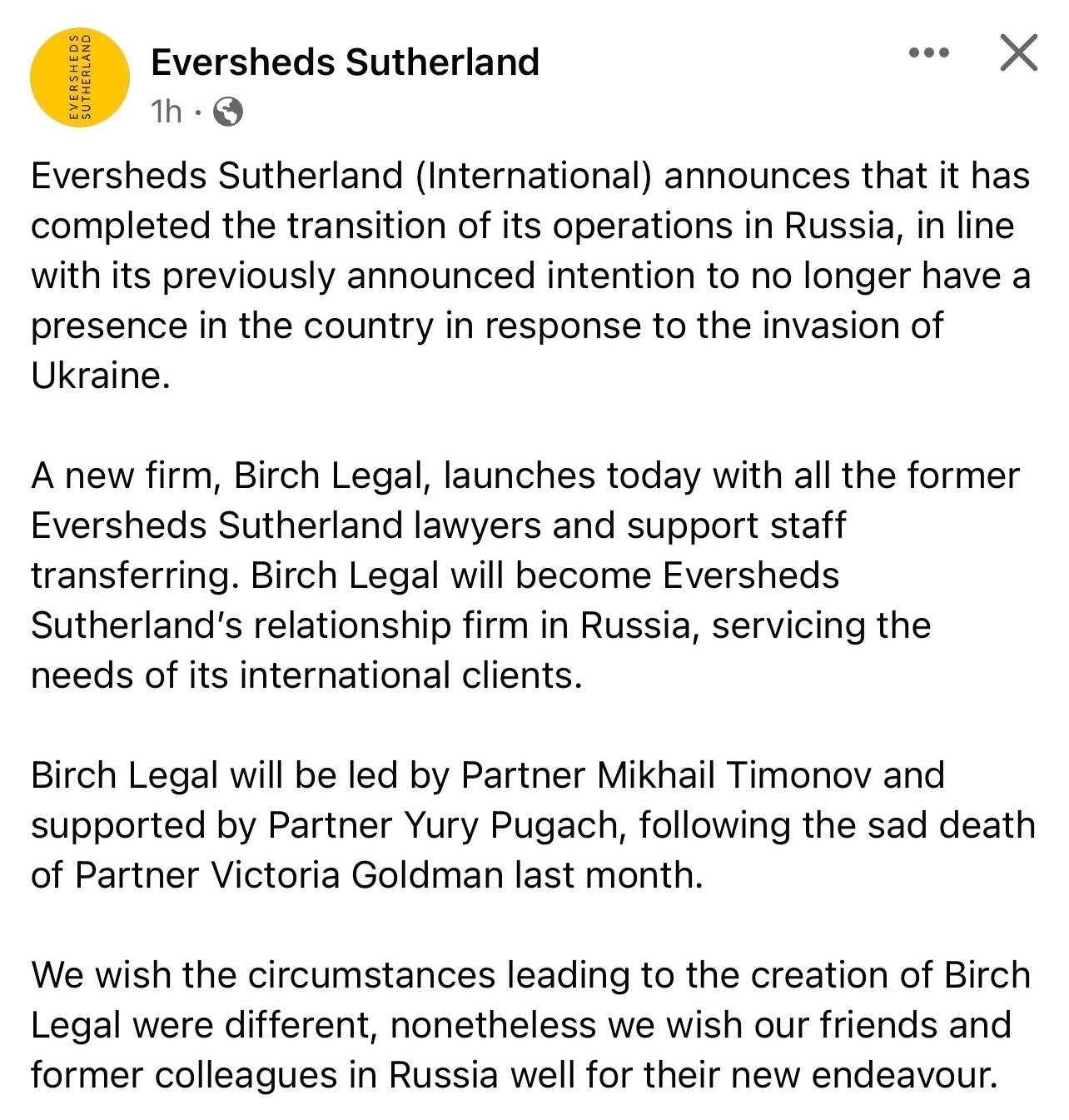 A “relationship firm” servicing the needs of Eversheds Sutherland’s international clients doesn’t read emphatically like a withdrawal from Russia. And that’s certainly how a number of lawyers in the U.S. seem to have read it too. As one tipster put it, “The message was passed around in various associate text threads and mentioned in some meetings and the general consensus was that this is viewed as essentially still remaining operating in Russia and ultimately a distinction without a difference.”

Fast forward and later in the day the message had changed: 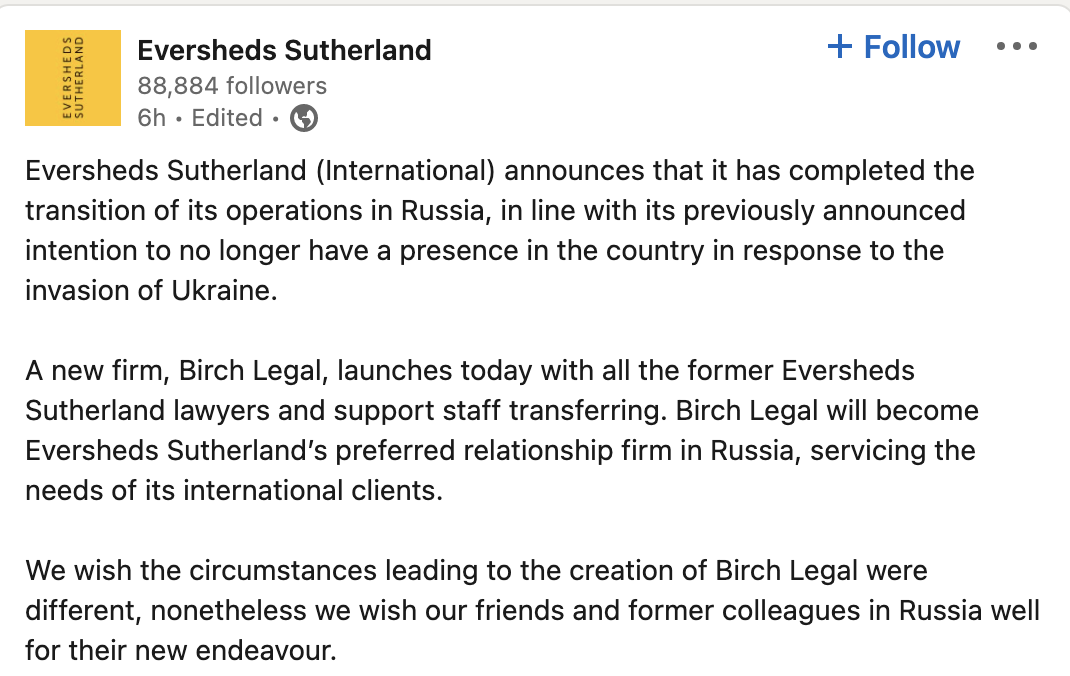 “Eversheds Sutherland’s relationship firm” has changed to “Eversheds Sutherland’s preferred relationship firm,” suggesting a little less exclusivity than the original message. A tipster also noted that, “An announcement sent to all US lawyers was even softer and said only that the new firm could provide Russian services for clients that need them.”

Hey, maybe the firm had a steady position all along and all these slightly shifting descriptions are just the result of a game of corporate communication telephone. That’s always possible.

But whatever the reason, and putting aside the moral propriety of this particular arrangement, this kind of semantic reshuffling highlights the deeper problem many firms face when it comes to Russian business: a lot of them are in too deep.

Lots of firms have business in Russia, but they also have non-Russian clients who still want to do business in Russia. Cutting the country loose leaves all the work of the last 30 years on the table and prompts some clients to take lucrative deals elsewhere. So you end up with firms embodying the Bilbo Baggins meme, staring at their Russian business and muttering “After all… why not? Why shouldn’t I keep it?”

At least in some form.

Maybe it’s some empty statement about carefully evaluating the situation. Maybe it’s a temporary withdrawal. Maybe it’s a spin-off that ultimately functions as a mutually beneficial cooperative venture. Whatever it is, it’s still a continuing business relationship with Putin’s overarching economic kleptocracy — and however successfully firms navigated those waters in the past, it certainly seems as though it’s going to be a lot harder to steer clear of lining the pockets of questionable actors going forward.

Hopefully this particular firm knows what it’s doing with its new exclusive relationship. Or preferred relationship. Or “strangers we kind of know from LinkedIn” or whatever they’re calling this now.

10 Signs Your Startup Should Hire a Lawyer