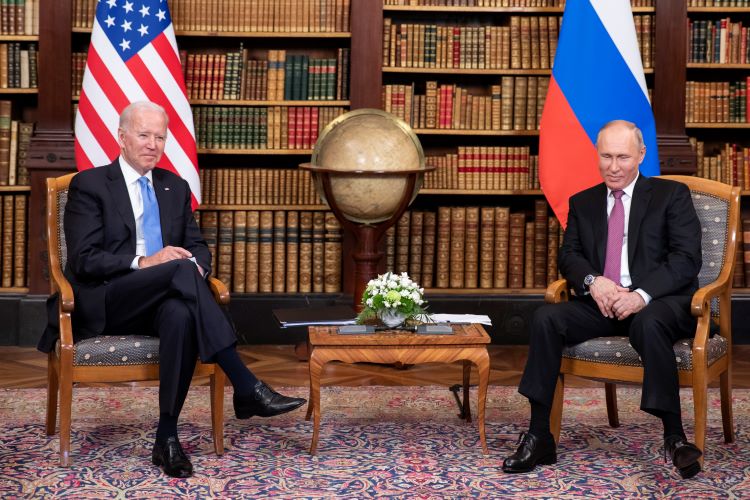 U.S. President Joe Biden and Russian President Vladimir Putin meet during the U.S.-Russia summit at Villa La Grange on June 16, 2021, in Geneva, Switzerland. Biden was meeting his Russian counterpart for the first time as president. Photo by Peter Klaunzer/Keystone via Getty Images.

Ever since the U.S. imposed sanctions on Russia, attorney Adam M. Smith’s phone has been ringing off the hook.

Smith, a partner at the Washington, D.C., office of Gibson, Dunn & Crutcher and an international lawyer specializing in economic sanctions and export controls, is in demand. As sanctions pile up around the world in response to Russia’s unprovoked invasion of Ukraine, he is also thinking on his feet. 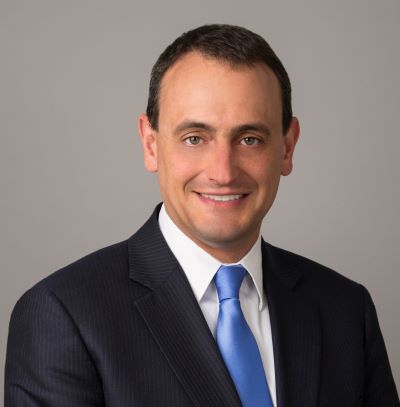 Adam M. Smith is a partner at the Washington, D.C., office of Gibson, Dunn & Crutcher and an international lawyer specializing in economic sanctions and export controls.

“It’s been nonstop,” Smith says about the calls from clients in manufacturing, banking, tech, transportation and energy. “It’s literally been from all over the world and from pretty much every industry and sector you might imagine.”

Companies are navigating a complex web of rules and regulations to ensure compliance with sanctions and trade embargoes against Russia, affecting its banks and state-run companies as well as its oligarchs and their family members. And attorneys are counseling companies as they offload assets and part ways with sanctioned institutions, entities or individuals President Joe Biden has isolated as he tries to dampen Russia’s military might.

Caroline E. Brown, a partner with Crowell & Moring, says the sanctions not only touch the financial, banking and insurance sectors but also manufacturing, tech and aerospace. While some companies have “established sanctions compliance programs,” she says, “others do not.”

“The U.S. simply hasn’t seen sanctions of this magnitude coming out of the U.S. government at such a quick pace before,” Brown says.

Biden is imposing sanctions through the U.S. Department of the Treasury’s Office of Foreign Assets Control. This includes sanctions against Russian oligarchs, Russian President Vladimir Putin and others in his inner circle. The U.S. placed them on a Specially Designated National and Blocked Persons list.

The sanctions take aim at 10 of Russia’s largest banks, which hold nearly 80% of the nation’s banking assets.

For law firm clients in the financial sector, including U.S. banks and hedge funds, that means freezing assets or interests in properties owned by entities and individuals on the SDN list, according to a Holland & Knight alert from February. Under OFAC rules, if an individual or entity on the SDN list has a 50% or more ownership stake in a business, “directly or indirectly,” then that business is also subject to sanctions.

Additionally, the U.S. Department of Commerce’s Bureau of Industry and Security is imposing export control restrictions on Russia and Belarus.

Andrea Al-Attar is a Washington, D.C.-based solo practitioner who once worked at Allen & Overy, which has offices in Moscow, and is a former enforcement officer and section chief of the Licensing Division of OFAC. She says lawyers will be advising companies with Russian ties to rerun internal compliance tools; canvass and rescreen their lists of customers and counterparties in financial transactions; and review their supply chains to untangle relationships with sanctioned clients.

Dariya V. Golubkova, an attorney with Holland & Knight’s International Trade Group, says she’s been fielding questions from clients with international trade exposure in Russia, Ukraine and Belarus. Clients are having to work out whether they use Russian contractors and subcontractors, either directly or indirectly, and how they can legally pay them for their services if they bank with a sanctioned financial institution.

“It could just be a contractor that lives in Russia and has no connection to any sanctioned entity, any blocked entity, but you have to pay them,” Golubkova says.

Some of Smith’s clients are concerned about the reputational harm to their businesses for noncompliance with the sanctions. He adds that the “legal costs are pretty clear” because most of the sanctions fall under the International Emergency Economic Powers Act. The law gives presidents authority to regulate commerce when there is a national emergency or when the United States is threatened by a foreign power. Under the law, there are civil and criminal consequences for noncompliance, depending on the egregiousness of the offense, Smith says.

Noncompliance could lead to civil or criminal enforcement actions and penalties, Al-Attar adds.

But Al-Attar is mulling over more than just the legal questions. As bombs rain down on Ukraine and its civilians, she reminds herself that the sanctions are about their fight for freedom. But she is also mindful of her clients.

“These changes can be very painful, shocking and difficult for clients to deal with. It can be a lot for a client to digest,” Al-Attar adds.

Law firms have to consider compliance, too. Many global law firms are deciding whether to cut ties with their Russian clients. There are implications for global firms with offices in Russia and attorneys who represent oligarchs.

The law firm Baker McKenzie said in a statement in February that it could not go into the “details of specific client relationships” but said it will part ways with some clients. In the past, the law firm has advised the sanctioned bank VTB, one of Russia’s largest financial institutions. 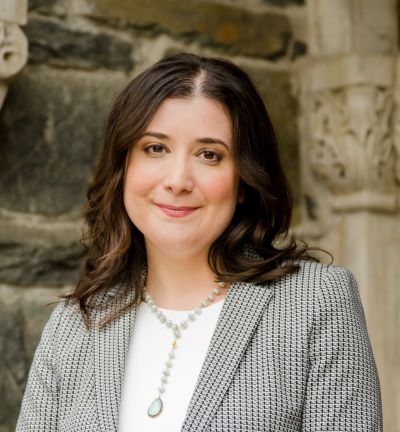 Andrea Al-Attar is a Washington, D.C.-based solo practitioner who once worked at Allen & Overy, which has offices in Moscow.

Baker McKenzie is “reviewing and adjusting our Russia-related operations and client work to align with all applicable sanctions and comply with these fast-evolving laws,” the firm said.

Richard Franco, a spokesman with the law firm White & Case, which has an office in Moscow, says the firm will cut ties to Russian and Belarusian clients “in accordance with applicable rules of professional responsibility.”

“Our Moscow office is open and continues to operate. We are complying fully with all applicable sanctions, and we continue to closely monitor this rapidly evolving situation,” Franco wrote in an email.

In February, Sidley Austin announced an end to lobbying work for VTB Group, and Venable said it will stop lobbying for Sberbank.

Amid the condemnation of the Russian invasion in Europe, law firms in the United Kingdom representing oligarchs have faced scrutiny.

British Foreign Secretary Elizabeth Truss said law firms had sent her office legal letters on behalf of Russian clients seeking to avoid sanctions. The Law Society of England and Wales defended these law firms and has said it’s the job of solicitors to make sure the courts “act fairly.”

Even so, the government in the U.K. hinted the firms could face financial penalties, according to the Guardian.

In the U.S., Smith says firms are barred from representing sanctioned individuals and entities in business transactions. But there would be no penalties for lawyers choosing to represent oligarchs or companies if they are contesting sanctions in court or seeking counsel on compliance, Smith says.

Al-Attar adds that if a law firm works for a client on the SDN list, it might have to get a license from OFAC to continue working for them.

She says firms follow the same rules as those they represent, screening their client lists to make sure they are not triggering OFAC’s 50% ownership rule.

“Most law firms have robust conflict systems in place that are designed to look at these things and capture this information when onboarding a client,” Al-Attar says.

Meanwhile, she is waiting to see if the Russian government retaliates by sanctioning U.S. companies and law firms with offices in Russia.

“Companies would be in between a rock and a hard place because U.S. companies have to comply with the U.S. rules, no matter where they are in the world. So, they would likely have to engage with the U.S. government for guidance on what to do,” Al-Attar says.

Smith says that the U.S., United Kingdom and European Union have all been in lockstep on economic sanctions, which has made it easier for attorneys to offer advice to international clients. All the same, lawyers have found the demands challenging.

“Literally, you wake up in the morning, and things have already changed, because it’s midday in Europe, and it’s overnight in Asia,” Smith says. “Most of my colleagues in the trade bar are struggling because of the hecticness but reveling in the ability to help clients.”

These Biglaw Associates Are Rolling In The Green

43 restructuring lawyers jump from this law firm to Paul Hastings


Warning: unlink(/tmp/jnewsfirstload-S9jgMA.tmp): No such file or directory in /home/customer/www/dailylegalbriefing.com/public_html/wp-admin/includes/class-wp-filesystem-ftpext.php on line 142