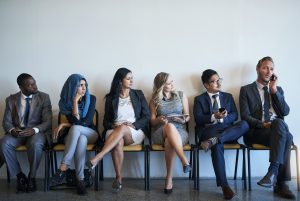 When most people are invited to interview at a law firm, they believe that they will be seriously considered for employment at a shop. Job candidates usually need to make significant preparations to interview at a firm, and may need to take time off from work, research a firm, and take other steps to prepare for an interview. Even though the vast majority of interviews are scheduled to determine if someone would be a good fit for a firm, law firms sometimes extend interview invitations even if candidates have a low chance of being hired. For a variety of reasons, law firms should refrain from extending so called “mercy interviews” to job candidates and should only invite people to interview at a shop if there is a real chance of the candidate being hired.

As mentioned in previous articles, there are a variety of reasons why a law firm will interview job candidates even if there is little chance a candidate will be hired. For instance, sometimes clients try to exert influence over a firm by asking that a connection be interviewed by a shop. In certain instances, such connected candidates may be hired, especially for summer jobs or positions that are not too consequential at firms.

If a firm is unable to hire connected candidates, they may extend an interview to the candidate to show that the firm is supposedly taking a candidate seriously, and to show a client that the firm is taking action based on a client’s request. When I was working in Biglaw, I am pretty sure I participated in a mercy interview after a client asked that a connected job candidate be interviewed, and the firm acceded to this request even though we dd not have any open positions. Sometimes, law firms will interview job candidates to show attorneys at other firms that they are taking their recommendations to interview a job candidate seriously. Indeed, I am pretty sure I was once interviewed even though I had little chance at being hired so that a firm could show to a partner at another shop that their input was valuable.

There are a variety of reasons why law firms sometimes justify such mercy interviews that do not have a real expectation of leading to a job offer. Some partners may say that all interviews are important since they allow job candidates to hone their interviewing skills. Indeed, it is true that interviewing well is an acquired skill and more interviews can lead to more success at interviewing. However, job candidates can practice interviewing rather than participating in an interview that they believe may be real.

Some might also say that interviewing for a job, even if there is not a bona fide chance that a job candidate will be hired, can help boost a job candidate’s morale. To a certain extent, this is true. As someone who has interviewed for work at various parts of my career, it felt good just to get an interview sometimes, even if there was little prospect to securing a job. In addition, people can sometimes use the fact that they got an interview to make it look like they are a hot commodity to other employers.

However, the horrible feeling of not getting a job far surpasses any benefit of securing an interview. Indeed, after I interviewed for a job that would be difficult to get and heard that I did not get the position, the negative feelings I experienced definitely made me take a few steps back in my job search. Even if law firms think they are doing a good deed by offering a mercy interview, they could actually be hurting a job seeker’s prospects, especially when such interviews might take attention away from more serious interviews.

The Importance of a Balanced Inventory Management System