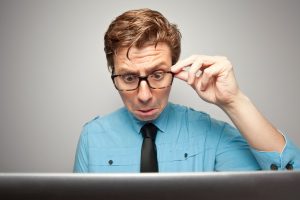 Penn Law professor Amy Wax is a constant source of embarrassment for her school, which presumably isn’t excited to have the public face of its faculty writing racist editorials or citing Wikipedia for scholarly support. It certainly couldn’t have been thrilled when she claimed, despite all evidence, that Black students were failing at law school.

So it’s a bit of a change of pace for Wax to go after Asian-Americans. Never stop seeking out new experiences, Amy!

Wax responded to a comment on Glenn Loury’s substack (which was brought to my attention by Nathan Robinson’s Twitter feed last night) about immigration. It was actually on Loury’s show that Wax infamously dropped her claim that Black people rarely graduate in the top half of the law school class, so she knows how to deliver an encore. In any event, a Loury listener suggested that immigration might, in fact, have value.

Specifically, the commenter pointed to Asian immigrants, a connection that brings in all sorts of “model minority” baggage, but let’s put the commenter’s take to one side. Wax rejected the idea that the country might need an exception for Asian immigrants because Asian immigrants for whatever reason just aren’t on board with a white nationalist vision of undiluted Caucasity:

But as long as most Asians support Democrats and help to advance their positions, I think the United States is better off with fewer Asians and less Asian immigration. There needs to be more focus on people who are already here, and especially the core (and neglected) “legacy” population, and a push to return to traditional concepts and institutions and Charles Murray’s “American Creed.”

I confess I find Asian support for these policies mystifying, as I fail to see how they are in Asians’ interest. We can speculate (and, yes, generalize) about Asians’ desire to please the elite, single-minded focus on self-advancement, conformity and obsequiousness, lack of deep post-Enlightenment conviction, timidity toward centralized authority (however unreasoned), indifference to liberty, lack of thoughtful and audacious individualism, and excessive tolerance for bossy, mindless social engineering, etc.

She’s seen highlights of The Mikado and has it all worked out.

For what feels like the millionth time, we have to reiterate that none of this is what tenure is all about. There’s no legal scholarship furthered by shielding her from tackling unpopular subjects, she’s just citing Wikipedia to make lazy punditry in a sad bid to get noticed by Fox News. And every time she does it we all have to repeat “Penn Law School Professor,” further dragging the school’s reputation into this.

The time is long overdue for the school to just sever ties with her. She can go be the dean of University of Austin Law School or whatever, but Penn should feel no obligation to keep her around.

The Hottest Biglaw Practice Areas For Lateral Moves And More

It’s A Pretty Impressive Pay Day For These Biglaw Partners