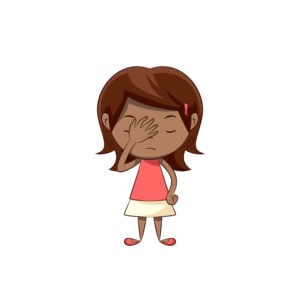 A fun parlor game in the law school space is trying to figure out the most ridiculous and non-existent “existential threat” will rile up conservative law professors next. Will they have to stop casually using the n-word in class? Might the editors of a law review not invite you to publish your unsupportable rants about how there’s no more discrimination in America? Could they cancel culture your God-given right to label hypothetical eminent Black jurists “lesser”? It’s a really dilly of a pickle for these people who face exactly zero material consequences for these slights!

But it’s tough to play this game when William Jacobson of Cornell Law consistently wallops the field. Jacobson, last seen whining that a movement explicitly NOT calling for his firing was really calling for his firing — a tour de force in mental gymnastics — is back in the pages of Real Clear Politics with co-author Johanna Markind warning of the American Bar Association’s woke mob coming for law school education.

The new threat? Requiring schools to teach “courses on racism and bias in the law.”  Like… two of them. Across the course of three years. And they don’t even have to offer those classes if they offer guest speakers or a student orientation about not being racist.

That doesn’t seem like much, but you’re not wearing a tin foil hat:

Now, the ABA wants to limit law student and faculty freedom of expression.

The crux of the argument is that the ABA is a quasi-governmental actor because it has a monopoly on accrediting schools, which means its curriculum rules can function to squelch free speech. OK. Are they banning some subject matter?

No. Just saying someone else needs to teach a course about bias?

So, again, how is this limiting freedom of expression? They’re not making you teach it. How is it limiting when there are tons of people on campus willing to teach those courses (again, if the school chooses to offer a course, which it doesn’t have to)?

It’s even harder to figure out how this would limit student expression — especially in a world where one thinks it’s acceptable for professors to use racial slurs in class. If merely hearing something a student disagrees with is the standard, then it’s unclear how a lot of Jacobson’s fellow travelers still have jobs.

Without saying so openly,

“So this didn’t really happen, but let’s pretend it did” is actually a key component of a lot of Jacobson’s work.

the revised standard in reality dictates that law schools should “institutionalize dogma,” as a group of Yale Law School professors objected. The obsessive focus on systemic racism, a subject of scholarly dispute, reveals the new standard’s Critical Race Theory underpinnings.

BINGO! I was worried “Critical Race Theory” wasn’t going to get in there for a second. In any event, remember that the requirement is “schools need to have two classes or speeches about how racism exists.”

The ABA pretended to address the problem by adding Interpretation 303-8: “Standard 303 does not prescribe the form or content” of the required education. This doesn’t fix the problem, because law school faculties overwhelmingly lean hard left. Only the naïve or dishonest would expect schools to teach anything other than CRT and a “systemic racism” approach.

The crux of this argument is that the ABA is acting as a quasi-government agency using their accreditation power to force speech on schools. But… law school faculties would choose to do this anyway? What’s being limited then? How does this make any sense?

At least for now the Fourteenth Amendment remains substantive law. But maybe the real problem here is that Jacobson and Markind have some holes in their substantive law. While complaining generally about the ABA’s creeping wokeism he offered this gibberish:

For example, in 2016, the ABA amended Model Rule of Professional Conduct 8.4 to impose a “heckler’s veto,” barring lawyers from saying or doing anything someone else could consider harassing or discriminatory.

A heckler’s veto is when a speaker is shut down by the government because the government fears a violent response. For example, police saying the Nazis can’t march because there’s too much risk that decent hearted people will beat their goose-stepping asses. By contrast, that rule said “justice is blind and a representative justice professional shouldn’t be biased,” which shouldn’t be controversial.

But, I digress. The Fourteenth Amendment is still the arguably most significant provision of the Constitution. Discrimination law cross-cuts multiple practice areas. Not a Term goes by without a significant Supreme Court ruling — or 10 — that address racism and bias.

Teaching law students about this all seems in line with existing standards. To that extent, I actually agree with Jacobson and Markind that the provision is just signaling — but because I don’t think it has any practical effect one way or the other.

Regardless, our authors have a plan!

The most important action that states can take is to stop requiring bar applicants to graduate from an ABA-accredited school. Because state structures vary, in some states this may require changes implemented through state supreme courts or quasi-independent bar agencies. States also can substitute state licensing, as already takes place in Alabama, California, Massachusetts, and Tennessee, which allow graduates of local non-ABA law schools take their bar exams. States also should consider whether a law school degree is needed, by revisiting self-study and apprenticeship in lieu of increasingly politicized law school curriculum and related student debt.

Student debt, professional access, and the ABA’s role are all serious issues, but more diploma mills and more self-study don’t seem like a great solution. But hey, why not nuke the whole profession rather than risk law students having to take a class on Title VII?

I wonder who will cancel culture these people with heckler’s vetoes next!

Threat to judicial independence is unprecedented as judicial philosophies are politicized