Lawyers Can Be Sadistic Sometimes, Often To A Client’s Detriment 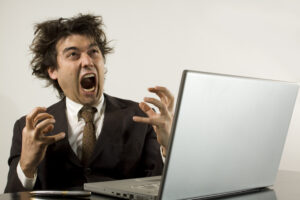 There is a stereotype that lawyers are often aggressive professionals who will stop at nothing in order to obtain an advantage for a client. Some people might think that many attorneys do not extend courtesies and niceties in how they practice law so that they can be singularly focused on serving their client’s needs. Fortunately, many lawyers are not as mean as lawyers are stereotypically portrayed, but some attorneys go over the top in inflicting pain and stress on their adversaries. Often, lawyers seemingly have no purpose other than to obtain personal gratification at causing irritation to others since clients can frequently best be served if counsel have a solid working relationship with their counterparts. Although such sadistic lawyers are common in legal practice, clients and colleagues alike should curb the antics of lawyers who seem to have no other purpose than to infuriate and inflict pain on adversaries and third parties.

Let me first say at the onset that most lawyers are regular people who just do their jobs, make their arguments, and seemingly take no pleasure at stressing people out or pointlessly arguing small matters. Legal practice is stressful enough that adversaries do not need to make matters worse by contributing to a bad working relationship. I’d say about nine out of 10 of the adversaries I have worked with in my career fit this description, although I bet this proportion varies by practice area.

However, every so often I meet adversaries that seem to genuinely enjoy arguing everything, making threats, and doing whatever they can to make their adversaries’ lives miserable. The first time I ever saw this phenomenon was when I was a “baby lawyer” earlier in my career. The adversary I was dealing with argued everything, down to the most minuscule points in compliance conference orders. He would send me numerous emails threatening sanctions, and would often CC: his client, which only escalated matters. The adversary refused to engage in small talk over the phone or at conferences, and just seemed like a very unhappy person.

I got the sense that the adversary might have become a lawyer because of a desire to make people miserable and have an outlet for his sadistic tendencies. Of course, I did not know what this person was like in his private life, but the adversary never smiled, always seemed to have a red face, and did not have friends in court. I think this counterpart genuinely got a kick out of making everyone’s lives more miserable in an odd way.

At another time in my career, I dealt with an adversary who was an unusual pain to deal with. He refused to email anything, and he refused to accept service if anything was emailed to him. If something was not received by counsel, this adversary claimed it had been mailed, but of course, things would have been easier if he just emailed documents to counterparts like a normal person who practices law in the 21st century. This adversary made aggressive, over the top statements in emails, and routinely threatened to pursue sanctions, ethics grievances, and other consequences, even though the facts did not support such action. There seemed to be a certain kind of glee that this person had when he made a crazy argument or pursued an unusual strategy, and the adversary seemed to enjoy making his counterparts more miserable with his antics.

Sometimes, lawyers make their adversaries’ lives miserable in ways that do not help their clients. In certain instances, lawyers act aggressively and continue to litigate matters, even though their clients might be willing to settle things, and do not have the willingness to keep fighting over the details. One time, I was at a mediation, where a truly sadistic lawyer I had been dealing with kept going on and on about how his client had been royally wronged in the case and how they would not accept anything less than a given number. At one point, the client, to everyone’s shock, spoke up and said that he actually would consider resolving the matter for below this sum. This adversary’s desire to keep fighting and pontificating almost got in the way of serving the client by resolving a matter and following the client’s wishes.

Moreover, sadistic lawyers might get a bad reputation in the legal community, which can hurt them in future cases. The legal profession is much smaller than people might think, and attorneys and clients often ask around when they are seeking to retain counsel. If a lawyer is seen as particularly unpleasant to deal with, this can hurt the lawyer when it comes to resolving matters down the road and even with retaining clients.

All told, some lawyers seemingly join the legal profession as an outlet for their desire to argue and be annoying to adversaries and others. Such behavior is very counterintuitive and can make it difficult for the lawyer to serve their clients and earn a solid reputation in the legal profession.

An Associate With Little Work Is A Sad Sight

Gossiping Is Much Harder When Lawyers Work Remotely

The Great (Law Firm) Resignation: How To Resign (Part I)