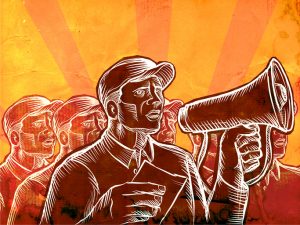 States have an obligation to ensure that indigent defendants have access to a quality attorney. There’s a whole Supreme Court case about it and everything. And while public defender offices exist, providing quality representation to everyone also requires the government to cough up some cash to private sector attorneys willing to take on these cases for a fraction of their going rates.

After a decade without a rate increase for this work, New York was poised to up the fee structure for attorneys, easing the burden on participants sacrificing other work to perform this service and, hopefully, encouraging more lawyers to opt into the program.

Lawyers are pushing back, announcing a strike — or at least the lawyerly equivalent of one.

Attorneys throughout the state have organized a three-day protest after Governor Hochul removed modest rate increases for attorneys that participate in the “assigned counsel” program for people who cannot afford an attorney.  The attorneys will not be accepting new clients from any courts on April 18th, 19th, and 20th.

It’s not exactly shutting down the justice system, but it will play havoc with calendars, especially in the city. The governor’s office will doubtless come back with some sort of statement blaming the lawyers for refusing to help indigent clients, because that’s the sort of cynical garbage politicians do: cut off people doing important work at the knees and then shame them for not being able to run a marathon.

Poughkeepsie-based attorney Kelley Enderley serves as an 18-b attorney, in addition to her private practice. “Assigned counsel is the backbone of the criminal and family court systems,” she said, adding, “The governor’s refusal to include the pay increase for assigned counsel is nothing more than a slap in the face to not only the attorneys in New York State but to indigent litigants who are fighting for their families and their lives.”

During the work stoppage, lawyers will continue working on cases they’ve already taken on, only holding off on taking on new matters. It’s a calculated effort to balance sending a message without jeopardizing the clients who desperately need representation.

And it’s probably not going to be the only short-term, targeted protest the lawyers perform over the coming months.

Have You Had Your Break Today?