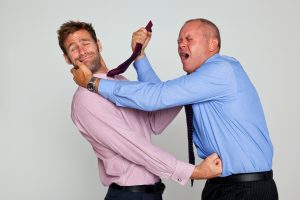 One of the basic facts of the legal profession is that in litigation, there are often winners and losers. Of course, parties usually try to reach a resolution that results in each party getting something that they want from the other. However, when push comes to shove, and matters are submitted to a court or a fact finder, one party is usually happy with the result while the other party is not. When lawyers lose (and even the best attorneys will lose), attorneys should act graciously in defeat since it is the right thing to do and because this can achieve the best results for clients.

I remember the first time I lost a motion, in 2014. I was absolutely certain that I deserved to win, and I thought that both the law and the facts were on my side. However, the judge sided with my adversary, and I took it far more harshly than I should have, especially since it was a nonimportant discovery motion. I did not even want to acknowledge my adversary after oral arguments for the motion, and I was far more focused on how I would win the war of litigation even though my adversary had won the battle. I eventually did win that lawsuit on summary judgment, but I was not too happy with how I handled my first defeat.

In any event, this gracious act helped build rapport between my adversary and me, and we almost immediately thereafter began talking about a settlement. Eventually, the matter settled on terms that my client seemed happy about. Had I not congratulated my adversary and built some good will with him, I doubt that the case would have resolved as quickly as it did, which was a good outcome for my client and me.

I had situations in my career in which I have faced off against adversaries that were not gracious in defeat. One time, I asked for some materials that would help me build a spoliation argument in a case I was litigating. Another party had deleted some surveillance footage, and I requested information about when the footage was regularly deleted and when the party knew that there might be a claim related to an incident to help me make a spoliation claim. My adversary opposed the motion, saying that the information I requested was not relevant to the litigation we were handling.

When we argued the matter in front of the court, it was clear from the beginning that thew court would side with me. The information I requested was relevant to making a claim for spoliation, and the issue of spoliation was clearly relevant to the case. My adversary called me on the phone only minutes after the court had decided in my favor. Rather than congratulating me, the adversary just related that he thought I was wrong and that the court was off the rails in granting pretty much any discovery request. This was completely untrue, and I had much experience with spoliation matters to know that the information was relevant to the case and my adversary was wrong on the merits. Of course, I did not tell my adversary that he was being a sore loser since I thought I would be better off keeping a solid connection with my adversary. However, my adversary could have been more gracious in defeat, which would have probably led to a better working relationship for us.

All told, no one likes to lose, and litigators are natural fighters who likely hate to admit when they are wrong and concede defeat. However, if lawyers are more gracious in defeat, they can build a better rapport with adversaries and probably have better outcomes for themselves and their clients.

Bill Barr Thinks Judge Cannon’s Order Is Trump Simping Gibberish, But She’s Still Got Jonathan Turley On Her Side!

What Behaviors Make an Employer in Michigan Liable for Sexual Harassment?

What Behaviors Make an Employer in Michigan Liable for Sexual Harassment?

The Challenges of Each Stage of the Business Lifecycle