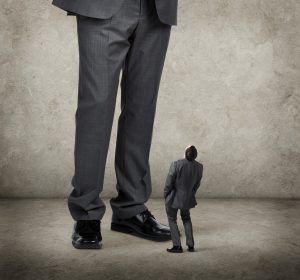 There is a common perception that many lawyers like the sound of their own voice and enjoy speaking in court and otherwise. Of course, lawyers are the type of people who like to argue, advocate, and make their voices heard, and attorneys are naturally more talkative than others. Sometimes, this can be helpful to serving a client since the more points a lawyer can make, the better a client may be served. However, lawyers often do not represent major parties in a case and do not have many meaningful things to add to a court conference or argument. In such instances, lawyers should usually take a backseat so that attorneys who have more skin in the game can be heard and judicial resources can be preserved.

I have encountered many attorneys who only represented minor parties in a case but who insisted on being heard on one point or another even though it did not have a major impact on a litigation. For instance, I was once involved in a lawsuit in which several notice defendants were named in the case. The notice defendants did not really participate in discovery, and they were not involved in many meetings and conferences that occurred during the litigation.

However, at every conference, the notice defendants made sure to speak up. They were involved in a litigation collateral to the one we were involved in, and they always wanted to bring the status of this collateral lawsuit to the attention of the court. Most of the time, it was not really important for the court to learn about the status of this other lawsuit, since the two litigations were proceeding almost independently. I could get a sense that the judge and some of the other parties were frustrated that the notice defendant was using so much of the conferences to talk about matters that were not really involved in our lawsuit.

Oral arguments are another time during which attorneys who represent minor parties might monopolize time that might be better used by bigger players in litigations. Often, courts will hear oral arguments for all of the motions submitted for the same motion cycle and will set a certain amount of time to hear all of the motions together. The more time that an attorney spends discussing minor matters means that lawyers who have more substantial matters to discuss cannot be heard on an issue.

There are a number of disadvantages to lawyers representing minor clients spending an inordinate amount of time talking during court appearances. Perhaps most importantly, this can waste judicial resources. Judges are often extremely busy people who have numerous different tasks they need to perform on a countless number of files. By wasting a judge’s time by talking about minor matters related to a case, lawyers are taking judicial resources away from other matters that might need more consideration by the court.

Moreover, lawyers talking during conferences about minor issues involving minor parties can also waste counsel’s time as well. Lawyers usually handle dozens or more matters at once, and time is often in short supply. If lawyers need to attend a conference longer than normal because someone wants to be heard about a nonimportant issue, this takes time away that a lawyer could devote to other tasks. In addition, clients pay top dollar for a lawyer’s time, and often, numerous lawyers are working on a file. As a result, if a lawyer delays a conference for even a fraction of an hour unnecessarily, this could mean that clients need to pay thousands of dollars in legal fees to their counsel even though this could have been avoided.