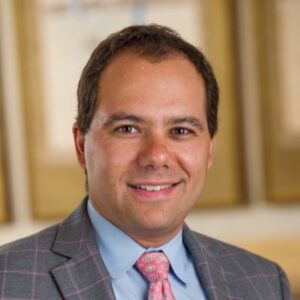 Georgetown Law school used to be known for many things. Its prestige and proximity to the heart of our government being just two of its many qualities. Now? I just think about it as that school that got a bunch of bad publicity over Ilya Shapiro. Remember him? The one who garnered infamy for basically doing this when it came to Joe Biden’s pick for Justice Stephen Breyer’s seat?

Every morning I get on my knees and pray that God gives me even half the confidence of a mediocre white man to state his preferences on Disney princess movies as if literally anybody on earth gives a fuck. https://t.co/B7o1ACvWFI

— Word Lady is fully invested in GOT again😭 (@TheRealRynnstar) September 25, 2022

Well, he’s back at it again with the “woe is me” schtick. And while it doesn’t involve Ketanji, it does involve about the same level of entitlement. Buddy boy is in a tizzy because he didn’t get a dean position after a WHOPPING 15-20 hours of back-breaking labor crossing Ts and dotting Is on his illustrious resume.

The one downside to Ilya Shapiro embracing his destiny as a cancel culture grifter and blocking everyone who makes fun of him on Twitter is that he’ll never know how dumb and embarrassing everyone whose approval he craves thinks he is https://t.co/CnKkt9a9Q8

I know that the phrase “Rome wasn’t built in a day” is usually cliché, but here it would be aspirational. Fifteen to 20 hours… that’s it? I spent more time working on my application for law review than that! In fairness, I will disclose that I do not know the average time it takes to finish up a dean application. I do know that 15-20 hours runs very shy of the average amount of time for a job hunt, which is five-to-six months. I’d stop here if there were more to it, but you know there always is. It’s in the nature of folks who find the time to complain about their constant censorship in between their speaking tours, after all.

The guy who made a big huff about Ketanji’s race playing a factor spitting in the face of meritocracy? Who then posted a cringy picture of him being a Free Man after quitting from his post at Georgetown? The only reason he got the damn gig was because of the merit of a bottle of Merlot.

My friend and I began hatching the plan for him to hire me over the second bottle of wine;

You used your personal connections to get a job you weren’t qualified for;

I guess I have to give credit where credit is due. Getting your prestigious job because you got wine drunk with the right people is worlds better than what some people do after a couple of beers… and then also go on to have prestigious jobs where they can shoot down affirmative action.

The good news is that Ilya isn’t alone in his lack of prestige. There are many women who share the sting of being snubbed for a dean position that he could seek community with, maybe even advice from. They’d probably tell him to dedicate more than a weekend to the application, though.

I know schadenfreude isn’t polite to share in public, but if you’ve got a moment, just search his name on Twitter. There are a load of gems. I’m definitely not saving each of them to a folder for the next time he complains that the person he didn’t want to get a job gets it.

Ilya Shapiro is the perfect case study of white male entitlement. He applies for a job as a dean and doesn’t get it, and can’t fathom that it might be because he’s unqualified. He’s never even worked *in* academia! Nope, it’s gotta be because they needed a “diversity hire.”

Is this the Fastest Document Search in Legal?