Looks Like A Whole Bunch Of People Will Be Left Out Of The D.C. Bar Exam 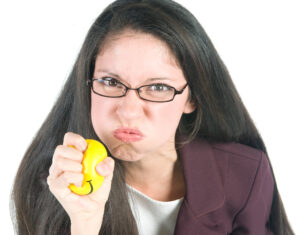 The lives of graduating law students around the country — though, notably, not in the District of Columbia — were thrown for a loop following the D.C. Court of Appeals’ May 2nd announcement. That’s when they let everyone know that the seating for the July D.C. Uniform Bar Exam would be limited to only 1,100. That means capacity is capped at *half* of the number of people who took the July 2021 administration of the exam (when the test was virtual).

Yikes. What’s more, according to the announcement, is that D.C. grads are going to get a first crack at the apple: “Priority registration on May 12 to May 17 is restricted to first time bar exam takers who have been, or will be awarded a Juris Doctor degree by Oct. 26 from law schools located in the District of Columbia.” And after that? Well, may the odds be ever in your favor, because “[g]eneral registration for all applicants will open on May 18 and close when the seating capacity is reached.”

According to reporting by Law.com, a venue change is behind the reduced capacity:

“The limit is due to the spacing available at the D.C. Armory,” he said. “The D.C. Convention Center is able to accommodate the largest number of people, but is unavailable. The next and largest venue to administer the exam is the D.C. Armory. Multiple smaller venues would not comport with best practices for licensure exam administration.”

But what’s really bothering students — and the 100+ law school deans that wrote a letter to Court of Appeals Chief Judge Anna Blackburne-Rigsby expressing their concerns over the capacity cap — is *when* they found out. By May 2nd, the deadline to register for the UBE in many other jurisdictions had already passed:

The letter from the deans requests that “you do everything possible to find additional seating capacity. Our students had planned and relied on the ability to take the D.C. bar in July. It is tremendously disruptive for them to learn on May 2 that they likely will be unable to do so, especially since the deadline for registering to take the bar exam in many other UBE jurisdictions has now passed.”

Regarding the late notice, a Court of Appeals spokesperson pointed to an April 1 announcement. Of course, that notice did not give test takers any indication the capacity would be halved.

The April 1 announcement states, “Registration for the exam will open on May 12, 2022 at 9:00am ET and will close when the seats are filled. The seating capacity will be announced closer to May 12th,” according to the Court of Appeals website.

“This is just an issue of numbers we can accommodate in the venue in which is available to us,” the spokesperson said, adding that the Court of Appeals apologizes “for any inconvenience this may cause.”

Hmmm, that hardly seems like fair warning that test takers should plan on another UBE jurisdiction. Especially since, according to the National Conference of Bar Examiners, no other location has seating limitations, let alone a cap that has the potential to leave so many shit outta luck.

The impact to those that were planning to take the D.C. UBE is intense. As one Above the Law tipster noted:

This decision (and the seriously disturbing way in which it was announced) has caused a lot of panic for graduating law students and others who graduated in past semesters and planned to take the exam. It could seriously affect our job prospects and certainly uproot our lives.

All in all, this is a mess, and a lot of graduating students are going through it right now trying to handle the first of what we’re sure are many hazing rituals this profession has to offer. Something else to be said about how they waited until final exam period to release this information, but if I keep going I’ll have an aneurism.

It seems pretty rough on those who were planning on taking the D.C. exam.

Your Guide To The Corporate Whistleblowing Landscape

So… How Much Does A Biglaw Partner Make?

It Turns Out ChatGPT Wouldn’t Be The Best Law Student…

Law School Responds To Allegations Of Racism Against Visiting Professor

So... How Much Does A Biglaw Partner Make?


Warning: unlink(/tmp/jnewsfirstload-bIlBBG.tmp): No such file or directory in /home/customer/www/dailylegalbriefing.com/public_html/wp-admin/includes/class-wp-filesystem-ftpext.php on line 142