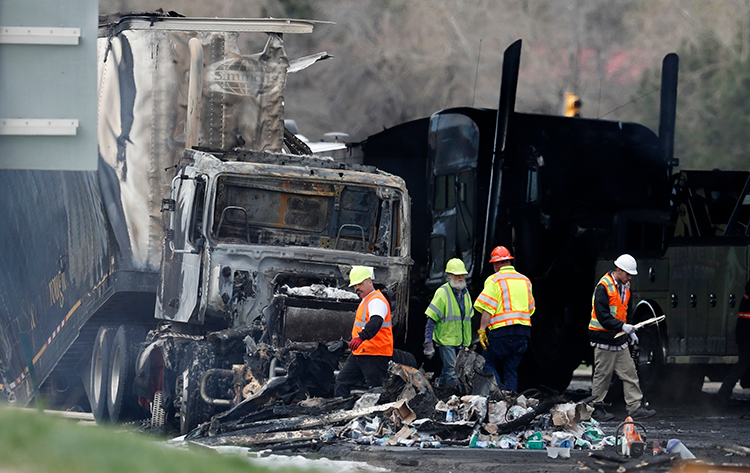 Workers clear debris on April 26, 2019, in Lakewood, Colorado, following a deadly pileup. Rogel Aguilera-Mederos was convicted in October of vehicular homicide and other charges stemming from the crash. (AP Photo/David Zalubowski, File)

A Colorado district attorney is seeking reconsideration of a 110-year sentence for a truck driver convicted for a 2019 crash that killed four people after his brakes failed.

The driver, 26-year-old Rogel Aguilera-Mederos, was sentenced under a Colorado law that requires sentences for crimes of violence to run consecutively, rather than concurrently, when they arise from the same incident, the Denver Post reports. 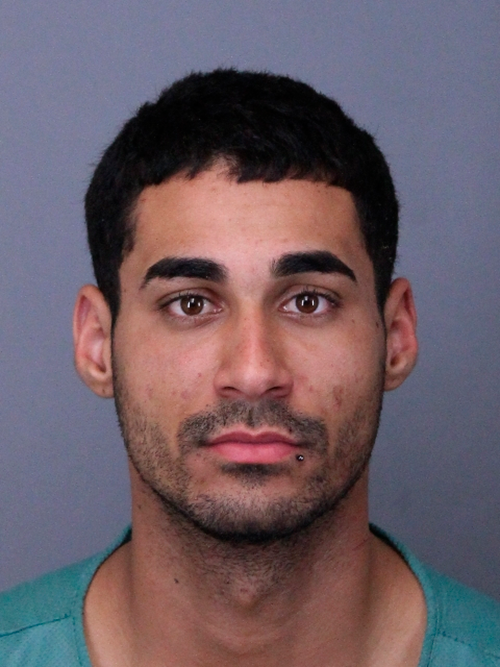 Rogel Aguilera-Medero was 23 when the brakes on the truck he was driving failed. (Lakewood Police Department via AP)

District Attorney Alexis King acknowledged in a Dec. 17 motion that the sentence was mandatory, but also said the court is allowed to reconsider a sentence in cases involving unusual and extenuating circumstances after receiving a report from the Department of Corrciotns. She sought a hearing that would begin the process. CNN, the Denver Post (in a separate story) and the New York Times have coverage; a press release is here.

King “did not announce the move until Tuesday, as an online petition calling for a sentence reduction swelled to more than 4.5 million signatures and Gov. Jared Polis said he would expedite consideration of a petition for clemency,” the Denver Post reported.

According to prosecutors, Aguilera-Mederos had pulled over after noticing a problem with his brakes and then continued to drive. They also said he had been seen driving recklessly in the hours before the crash and he did not use a runaway truck ramp to stop his vehicle. King previously said that Aguilera-Mederos had refused to plead guilty to anything other than a traffic ticket.

The judge who sentenced Aguilera-Mederos, Bruce Jones, said if he had discretion he would not have imposed a 110-year sentence.

The Great (Law Firm) Resignation: Why You Shouldn’t Take A Counter-Offer (Part II)

Catch Up On The Latest Developments In Telecommunications