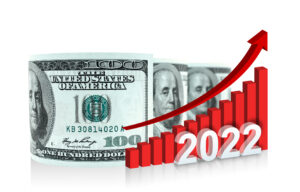 As any Vanderbilt Law student who has ventured into my office, or in recent years logged onto a Zoom with me, can attest, I often share stories from my own time in law school, clerking, in Biglaw, or in the nonprofit world when dispensing career advice. To paraphrase the great Toby Zeigler, I utilize personal stories if only because it’s the easiest thing to remember. A favorite of these excerpts from my own life deals with an issue that has dominated Above the Law in recent months, Biglaw salary increases.

In Spring 2007, as a 2L at NYU Law, I took Criminal Procedure with the late, great S. Andrew Schaffer. Even though it was 15 years ago, a period of elapsed time that pains me to write, I can clearly remember sitting two-thirds of the way in the back of the class, partially hidden from Schaffer’s view behind what I recall as nearly the entirety of the New York University Law Review Executive Board.  While everyone in the class was doing their best to focus on the intricacies of the Exclusionary Rule or the point at which a stop becomes an arrest, there was something else vying for our attention.  In January 2007, Simpson Thatcher had been the first to raise first-year associate salaries to $160,000 from $145,000. As is the case with any Biglaw salary increase, the race was then soon on to see which firms would match this salary jump and when. From my perch in Schaffer’s class, I can still remember looking out at a sea of laptops, and literally every single one, including my own, had a browser open to Above the Law. My classmates were repeatedly refreshing the site to see when the firm they were either going to work for after graduation or for the upcoming summer would raise salaries.

While the technology has changed — fewer students have flip phones, even though they are making a bizarre re-emergence — a decade and a half later, Above the Law is still the go-to-source for the latest news in law firm salaries, a topic that has once again captured the attention of law students and lawyers alike in 2022.  Between firms raising salaries, only to be met by other firms re-raising, and still other firms going over the top, it is as if an extremely aggressive game of no-limit Texas Hold ‘Em has broken out.

In fact, the only thing hotter than law firm salaries over the past month has been Kansas’s Remy Martin. 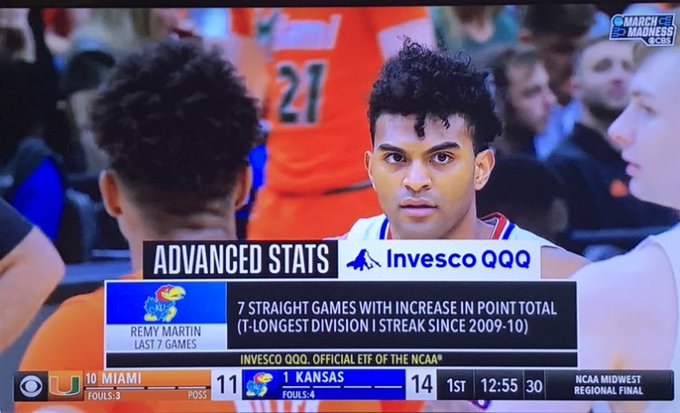 As a general matter, I think this significant increase in law firm salaries is welcome news. As my twice-daily emails from The American Lawyer have, in recent weeks, been filled with story after story highlighting the record profits at firms up and down the Am Law 100, no one can argue with a straight face that these raises are a financial strain for Biglaw. And whether it is my political ideology coming to the fore or that I missed my true calling as a labor lawyer, I always like to see workers extract more value from management. This is the case even if the workers are already well compensated, see, e.g., the recent baseball lockout in which I was 100% in favor of the millionaire players ceding as little ground as possible to the billionaire owners. In the words of the great 21st-century philosopher, Jalen Rose, “there’s rich, and then there’s wealthy.” The players are rich while the owners are wealthy.

Even though I view these salary increases as welcome news, that does not mean they are free of any downsides. Whether you are already in Biglaw, counting your newfound stacks, or a law student eagerly waiting to see when your future firm will call the salary raise, here are some potential pitfalls that could arise.

First, as with any other business, or really any other endeavor, large law firms are not going to give away something, in this case, more money to their attorneys, for nothing. The glittering offices that you see throughout Biglaw were not built because the firms willingly parted with  their money, even if they are losing substantial sums as those offices sit vacant due to COVID-19. In exchange for greater pay, law firms are going to expect their associates to produce more. This means more billable hours. Whether explicitly stated to attorneys or made clear through some indirect means, the expectation of billing more to generate more revenue for the firm is very real. The notoriously long hours that Biglaw associates put in just got a bit longer.

What about those attorneys who cannot increase their workload? That leads us to the second point, expect law firms handing out more money in salaries to have a shorter leash with underperforming associates. Anyone who has spent even a relatively short amount of time in the legal recruiting space knows that Biglaw firms do not like to fire attorneys. It can be a messy process and news of the termination(s) can often end up in the digital pages of this august publication. In an industry where it can be difficult to distinguish between varying law firms, a reputation for letting go of attorneys can be a real turnoff for law students, which then makes it difficult for firms to replenish their associate ranks with new law school graduates. While law firms might not like having to fire attorneys, these salary raises could very well make it a requirement. It is one thing for an employer to carry dead weight, in the form of underperforming/underbilling attorneys, when they are making $50,000, but when the salaries reach nearly a quarter of a million dollars a year, the dead weight can feel more like an albatross. In years past, underperforming attorneys in Biglaw would have a chance to address and rectify their slow billing pace or outright mistakes. Today, that might be a luxury that is no longer deemed affordable.

Lastly, it is not just current lawyers who might feel negative repercussions from the current raise frenzy. Biglaw summer associates might not make the entirety of the $215,000 yearly salary over the course of the summer — though when that first paycheck hits your bank account, it can feel like you might get pretty close — but these recent raises mean their salaries will increase as well. For as little value as a first-year associate brings to the firm — that’s not an indictment on a particular first-year associate, but rather a recognition that junior associates do not typically generate profits for the firm until a couple of years into their practice — summer associates bring even less. But if law firms are hesitant to fire associates, they are far more hesitant to not extend a post-graduation offer to a summer associate. That 100% summer offer rate is a cherished figure in Biglaw recruiting offices around the country. So how can firms save a bit as summer salaries become more expensive? By shrinking the size of the summer class.  While such a reduction is not likely to impact the current board of the NYU Law Review, it can have a very real impact on more marginal Biglaw candidates. This was seen during the dropoff in Biglaw summer opportunities for the current 3L class across the country due to COVID-19. What might have seemed like a one-year blip, could turn into a very real and persistent pattern.

On a macro level, I will always cheer when Biglaw salaries go up. But to once again paraphrase, this time from possibly the greatest uncredited hook in the history of hip-hop, it’s like the more money that Biglaw attorneys accrue from the recent spate of raises, the more problems they could see.

Nicholas Alexiou is the Director of LL.M. and Alumni Advising as well as the Associate Director of Career Services at Vanderbilt University Law School. He will, hopefully, respond to your emails at abovethelawcso@gmail.com

When Can Sexual Harassment by a Supervisor Cause a Connecticut Employer to be Held Accountable?

What Can a Truck Accident Lawyer Do For You?