Move Over First Amendment: The EU Has A Few Thoughts About Your Tweeting 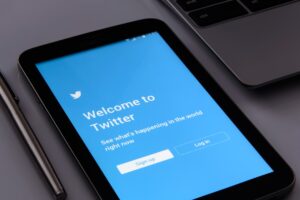 Do you know that feel when as soon as you get a brand new toy you have to use it how your older brother tells you to or you’ll get in trouble? I don’t as an only child, but Elon is about to get pretty familiar with it very quickly. If and when he goes private with his new $44B venture, it will still be subject to European laws, namely the Digital Services Act:

The DSA requires big tech firms to manage illegal and harmful content, as well as misinformation and disinformation. The firms must submit to independent audits to ensure compliance with the law. The DSA also limits the power of large firms’ algorithms — including their ability to steer people toward certain ideas and to target people based on their race, religion, or sexual preference. The EU plans to hire more than 200 employees to enforce the law. Violations can cost large firms up to 6 percent of their global revenue.

Six percent might not sound drastic, but that’s eye-popping when you consider Twitter’s 2021 revenue was some $5.o8 billion. I’d definitely love a 6% chunk of that. I also think that it would be funny for Elon to revive Trump’s Twitter account only for it to be censored by the Queen’s English.

While Twitter standards conforming to the DSA’s stance against illegal and harmful content may make for nice quality-of-life adjustments when using the site, it does strike a bit odd that overseas laws may be able to play a greater role in the regulation of speech than the ones we craft at home. Expect a question calling for you to IRAC out the consequences this poses to sovereignty and business dealings during next semester’s finals.

Giving Up On US News? Not So Fast!