There’s plenty of conventional wisdom about what makes a good legal brief or court opinion. Judge Robert E. Bacharach of the Denver-based 10th U.S. Circuit Court of Appeals says when judges socialize, their conversations often devolve into discussions about language and pieces of writing that they enjoy or revile.

But Bacharach decided that he wanted to dive deeper to see what the science of psycholinguistics could teach lawyers and judges about how written words persuade an audience. The result was his new book, Legal Writing: A Judge’s Perspective on the Science and Rhetoric of the Written Word, published by the ABA.

Legal Writing is a slim volume, but it’s packed with tips. It considers details as microscopic as a serif on a letter and as macroscopic as how to create an outline for an argument. In this episode of the Modern Law Library podcast, Bacharach chats about his own writing process, shares his top takeaways from the psycholinguists he consulted, and offers his advice for young litigators.

Legal Writing: A Judge’s Perspective on the Science and Rhetoric of the Written Word is available from the ABA bookstore in print or e-book. The code “LGLFBRA” can be used on the site through Aug. 31 for a 20% discount. 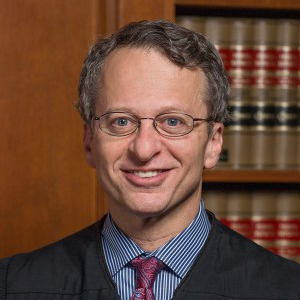 Judge Robert E. Bacharach is a judge on the 10th U.S. Circuit Court of Appeals at Denver. He was nominated by former President Barack Obama and confirmed in February 2013. From 1999 to 2013, he was a magistrate judge on the U.S. District Court for the Western District of Oklahoma. Before that, he was in private practice in Oklahoma City. He is the author of Legal Writing: A Judge’s Perspective on the Science and Rhetoric of the Written Word.

Will fewer BigLaw firms match Milbank’s new pay hike for associates? At least 10 firms are on board

Bringing Legal Operations To The World Of Class Actions