No, Sidley Has Not Increased Their Compensation Scale 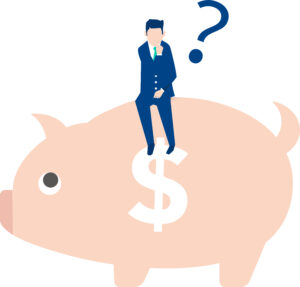 Assuming you’re an associate in good standing, every year in Biglaw you get a “promotion.” First-years become second-years, second-years become third-years, and so on and so forth up until that murky time when associates become counsel and/or partner. With that also comes a corresponding increase in salary, so, every year associates (again, assuming they are in good standing) get a raise. Yay for those getting raises!

But when we talk about “Biglaw raises,” this is not what we mean.

Earlier this year, Davis Polk led the industry in boosting the compensation scale as a whole. That’s what we mean by Biglaw raises.

Today, Sidley announced their bonuses. The announcement also included information that folks were — as they do every year — moving up the existing compensation scale. Yet, other legal industry publications ran with stories and alerts (that you probably clicked on!) boasting of a new “round of raises.” And ATL tipsters have demanded to know why we aren’t reporting on this.

Although the Class of 2020 got a raise to $215,000, it is not because the grid has been upped — it’s because the Class of 2021 now occupies the “first-year associate” role and every other class shifted upward accordingly. First-years will still be paid the $205,000. There is no new change to the existing Biglaw world order.

We know the Biglaw compensation market has been absurd this year, but two rounds of raises in one year? LOL. No.

Above the Law first won your hearts and minds because we were willing to spill the tea on associate compensation. So, come to your friends at ATL if things seem a little too good to be true.

16 Ways To Not F**k Up Your Summer Associate Experience

What are IT Support Services and Why Does Your Firm Need One?

The Legalweek 2022 Conference: A Return to the Old Normal?