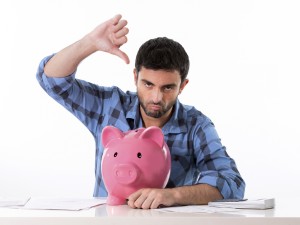 In 2016, the Department of Education under President Barack Obama enacted regulations that defined who would qualify for loan forgiveness under BDR. And it was generally understood that those who applied would have a reasonable shot at full or partial forgiveness if they can show that their school engaged in misconduct. However, when Betsy DeVos became the secretary of the department under President Donald Trump, she made it harder to obtain BDR forgiveness.

There were accusations that DeVos unnecessarily delayed the implementation of the updated BDR regulations and the processing of existing applications. In addition, the department in 2019 issued new regulations that made it harder for aggrieved students to get relief and made it easier for predatory schools to get away with making false claims. Legislation was passed to override the regulations but it was vetoed by Trump.

Today, Department of Education Secretary Miguel Cardona is using BDR to provide targeted student loan relief. On March 18, 2021, the department announced that it will change how to determine relief for borrowers who were misled by their schools. Since then, the department has used BDR to forgive student loan debts for people who attended numerous for-profit schools on the grounds that the schools misled students about employment prospects. Those who qualify received a full discharge of their federal student loans.

To qualify, a BDR application must be sent to the Department of Education’s website. The application generally requires disclosures of the school attended and the misconduct committed by that school. This includes misrepresentations regarding selectivity, educational services, availability of career services, and post-graduate employment prospects. The application also requests copies of the school’s promotional materials, communications with school officials or third parties, and other third-party sources (such as law school rankings magazines). While the application is being processed, their student loans are placed in forbearance.

So who has the best chance of qualifying for BDR relief? In the mid-2000s, people suspected that law schools were engaging in fraud by posting misleading post-graduate employment statistics to pump up their US News ranking. This was particularly the case of lower-ranked law schools where only a small percentage of the graduating class was hired by high-paying firms.

Since then, reputable newspapers have exposed the reality of post-graduate employment, and both the ABA and US News have required more detailed disclosures to prospective students researching law schools.

In addition, some law schools have shut down while others have been investigated and sued.

This might suggest that only those who attended a for-profit law school many years ago would be eligible for BDR relief. But anyone who can prove that their school misled them regarding post-graduate employment prospects and suffered financial harm as a result could be eligible for relief. However, with increased disclosures from law schools, more recent graduates might have a harder time proving that they were defrauded.

As mentioned previously, the federal government is not likely to forgive everyone’s student loans anytime soon and will likely extend the student loan moratorium until 2023 because of the midterm elections. But the Department of Education has stepped up the use of BDR to provide targeted full discharge relief for students who were misled by their schools. While not everyone will be eligible for BDR, those who can prove that they were misled by their schools might have the best chance at obtaining relief under this administration.

Another Biglaw Firm Joins The Ranks Of Recent Big Spenders!