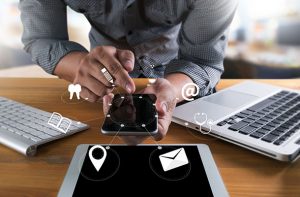 Pennsylvania tried to make sure this picture STAYS a man

Look, I’ll be the first one to admit that numbers scare me a bit. Anything above 13 makes my left eye itch. And coding? Outside of that small period where teenagers using Myspace had to be Matrix level hackers to add music to their home page, I know nothing of the sort. Even so, when I first heard about the Girls Who Code books, a series aiming to address the dearth of girls and women involved in tech, I was happy to discover that it was a thing. The number allergic of us notwithstanding, who would oppose that?

A school district in Pennsylvania temporarily banned the Girls Who Code book series for young readers, according to an index of banned books compiled by the free expression non-profit, Pen America.

I woke up this morning to a news alert that our @GirlsWhoCode middle-grade book series was banned by some school districts as part of the Mom for Liberty effort to ban books. To be honest, I am so angry I cannot breathe.https://t.co/5rBJkcGQDV

I think this actually may be worse than Florida not accepting dictionaries for fear that the woke agenda would toxify their fragile minds as they browse to figure out what an aardvark is. Considering that the ban may have just been temporary, I’m not sure how it ranks with Oklahoma banning Narrative of the Life of Frederick Douglass by, you know, Fredrick Douglass. If you’d like to see a bigger breakdown of the 1,648 books banned in the Land Of The Free — which, unless I’m missing something, does not include Mein Kampf — this article has a link to the compilation.

I am generally opposed to censorship. That said, if we really want to use censorship as a way to protect children, maybe we could stop making movies that teach kids that stalking is romantic? Or that abduction flows from true love? Or that being a Peeping Tom is just boyish playfulness instead of violations of autonomy? Maybe not though — that too could be written off as part of the liberal agenda. If kids saw that and took it to heart, maybe they wouldn’t celebrate when a grown man brags about how when you’re rich you can just grab women by the pussy.

How Do I Choose A Digital Agency For My Franchise?

As If The Billable Hour Wasn’t Hellish Enough, Get Ready For ‘Billable Attention’