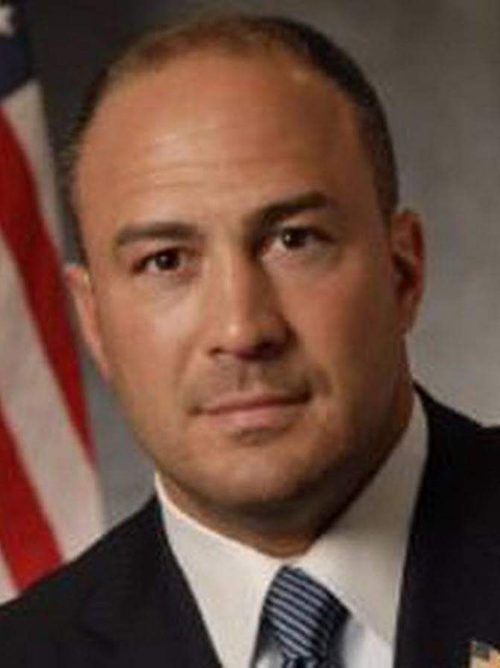 Photo from the Facebook page of the Law Office of Vincent J. Trimarco Jr.

A federal judge has sentenced a New York lawyer to 57 months in prison for his involvement in a scheme to commit mail and wire fraud against a 9-year-old girl.

Law.com and Law360 reported on the decision.

Trimarco, a 52-year-old attorney admitted to practice law in New York since 1997, pleaded guilty to the charges against him in October 2020. According to prosecutors, he worked with Rebecca Schaefer’s grandfather to defraud her from April 2012 to August 2017 of settlement proceeds from a federal wrongful death lawsuit.

The settlement was for the in-custody death of Scott Eriksen, Schaefer’s father, reports Newsday. While Eriksen’s father, Gary Eriksen, was originally given the settlement proceeds as heir to the estate in 2011, Schaefer’s paternity was later confirmed and she was identified as Eriksen’s rightful heir in 2012.

Trimarco and Gary Eriksen used her settlement proceeds to purchase a Ferrari F430 Spider for $200,000 and a Jaguar XKR convertible for $57,000, as well as several properties in Suffolk County for more than $600,000. Prosecutors said the pair also invested about $800,000 in the Emporium, a now-closed nightclub in Patchogue, New York.

“Trimarco’s theft of a seven-figure inheritance from a child so that he could purchase luxury vehicles and invest in real estate is a disgraceful breach of trust and betrayal of his time-honored duties as an attorney,” Peace said in the announcement. “His conduct is an affront to the courts, the bar and the community at large.”

Prosecutors added that Trimarco and his co-conspirator sold the assets they purchased after the Suffolk County Surrogate Court restrained the disbursement of the settlement proceeds and ordered they be returned in April, June and August 2012. Those proceeds, however, were not returned to Schaefer, who is now 20 years old.

“The rightful heir has not received a penny,” Azrack said while sentencing Trimarco, according to Newsday.

“Today’s sentence should serve as a warning that this office will prosecute corrupt attorneys who abuse their positions and break the law for personal gain,” Peace said.

Jeffrey Lichtman, who represents Trimarco, told Law.com that his client plans to “make his victim whole” after he is released from prison.

“This was obviously a very difficult case due to the fact that a lawyer defrauding a client—and ultimately a young girl—was at the center of it,” Lichtman said. “That being said, Mr. Trimarco has done so much good in his life for veteran causes that we believe it made some impact as the court’s sentence was within the range contained in the plea agreement.”

Beyond Capitalism, but not Communism


Warning: unlink(/tmp/jnewsfirstload-SqmcT8.tmp): No such file or directory in /home/customer/www/dailylegalbriefing.com/public_html/wp-admin/includes/class-wp-filesystem-ftpext.php on line 142