Overnight Success, 2 Decades In The Making 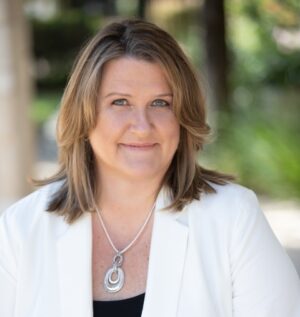 In 2005, Laura Frederick traded her Biglaw job in San Francisco for an in-house role in Allentown, Pennsylvania, that paid half her former salary. “My goal was finding a job where I could leave at 5 p.m. every night, and didn’t have to work weekends,” she explained. “I wanted more time with my kids. I wasn’t focused on my professional life.”

Fast forward to today. Laura owns a solo law practice, and runs How To Contract, a paid community where legal professionals receive practical training on commercial contracts. The best part? She has the freedom to decide who to work with, when she works, and what to work on. And for the first time in her career, she’s taking off for an entire month this summer.

And in doing so, she makes far more money than at any of her previous jobs.

I remember when I first discovered Laura. It was a few months into the pandemic, and one of her daily contract tips showed up on my LinkedIn feed one day. I mean it was good. Really good. You could tell by the reactions to her post, too. “Laura’s tips were incredibly helpful,” a lawyer recently told me. “I mean, they were so clearly written and so easy to understand.”

Those daily tips helped Laura to build a dedicated following on LinkedIn. I saw it all happen firsthand. She’d tapped into something that the world really wanted. A few months in, Laura turned her daily tips into a book, “Practical Tips On How To Contract,” and then launched How To Contract, a contracts training business, that immediately exploded in popularity.

It seemed like Laura had found success immediately after she started. But after getting to know her and learning her story, I realized that Laura’s “overnight success” was anything but. Instead, it came from decades of hard work, focused on doing work that she enjoyed, instead of chasing things that didn’t align with her goals in life.

“At one point I wanted to be a general counsel because that’s what you’re supposed to want to be,” Laura explained. When she finally interviewed for a general counsel job, she had second thoughts. “They told me all of the different things I’d be doing, and I was like — I don’t want to do that. Why would I do that when I knew I would be happier working on commercial contracts?”

So that’s what she decided to focus on instead. Which explains Laura’s career decisions in the decade and a half after leaving that Biglaw job. She declined big titles or roles that didn’t seem interesting, and chose jobs that let her do what she truly enjoyed.

That’s how she ended up at Tesla in 2017. There, she says, she found herself in the best job of her career. She had the opportunity to do sophisticated work with amazing people, all with a mission to improve the world. Laura loved her role managing supply chain contracts and operational issues for one of Tesla’s gigafactories and being the lead attorney on vehicle-related environmental regulatory credits worldwide.

After two years at Tesla, Laura decided that it was time to move on. “I felt like I’d won the job lottery. But I still felt like something was missing. It took a lot of soul-searching, but I finally figured it out. It was because I didn’t have freedom,” she explained. “Freedom to choose who I worked with, who I didn’t work with, what I focused on, and how I spent my day.”

So just as she did many years earlier, Laura decided to walk away from an enviable position to do something that made sense for her, at that point in her life. She quit her job at Tesla to open up a solo law practice. When she left, she had no clients, no experience running a law firm, and no idea if she’d make enough as a single mom to support herself as a single mom and her four boys.

And that’s when things got really interesting. Because success came almost immediately. Within a year of going solo, Laura was earning more than she ever did as an employee. Pretty soon, she was focused on how to expand her growing practice. Which is how she ended up on LinkedIn, posting one contract tip per day.

Before long, Laura — through her practice and How To Contract — found herself earning four times as much as she ever did at Tesla.

“I created How To Contract to provide the kind of practical contract training I wanted for myself 15 years ago,” Laura explained. “These days, so many lawyers are coming straight from law school to in-house, or who are former litigators or corporate securities lawyers, who are suddenly finding themselves responsible for commercial contracts. They’re smart, capable, and well trained, but not well trained in this. And the market doesn’t have anything to help them.”

The market doesn’t have anything to help them. That’s the other part of this story. You never know when the thing you’re genuinely interested in is suddenly high in demand. When that happens, the market can turn your passion into something truly extraordinary.

Like for Marty Lipton, who wanted to be a professor and authored corporate law on the side when demand for his expertise suddenly exploded during the hostile takeover boom. Or Larry Sonsini, who enjoyed working with founders of early stage companies when he suddenly became uniquely qualified to advise and invest in startups during the tech boom. Hell, my friend Matt Margolis just wanted to make funny tweets and ended up with a valuable skill that multiple legal tech startups needed.

So here’s what I’m taking away from Laura’s story.

When you’re at a career crossroads and considering doing something else, stop trying to overachieve. Instead, choose something you’ve got a genuine interest in, that lets you “stay in the game” for as long as possible. Maybe that means focusing on a niche with no known exit options. Or maybe that means taking a lifestyle job for a few years.

Don’t think too far ahead. Just choose what you think is right for you given what you want out of life. Because if you really enjoy what you’re doing, you might be able to do it forever. Which means you’re eventually going to become exceptionally good at it. And then, who knows? Maybe one day, the market will catch up to what you’ve been working on.

And that’s when things get really interesting.

Alex Su is currently the Head of Community Development at Ironclad, a leading legal technology company that helps accelerate the contracting process. Earlier in his career, he was an associate at Sullivan & Cromwell and clerked for a federal district judge. Alex graduated from Northwestern Pritzker School of Law, where he was an editor of the law review and the student commencement speaker. In his free time, he writes about his career journey and legal tech in his newsletter Off The Record. You can find Alex on Twitter or connect with him on LinkedIn.

What is a Hostile Work Environment in Tulsa?

How Does Decentralized Finance Work?

How Does Decentralized Finance Work?

How to Gain Insight into Customer Needs

Lawyers – Our Only Hope In The Metaverse!