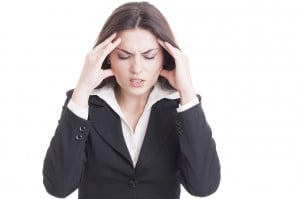 Despite what is depicted in movies and television shows, the vast majority of lawsuits are settled by the parties long before a judge and jury ever hear a case. This is because people usually like the certainty and cost savings of settling matters earlier in the life of a case rather than risking a trial and potentially receiving a much more negative outcome. It is very difficult to determine which cases settle early and which cases won’t settle at all, and this is decided by a number of factors, including the willingness of parties to pay a settlement and the convictions of the people involved. Even if matters are submitted to mediation, it is difficult to determine if cases will settle even if they are mediated by the best mediators and even if all the conditions are present for a resolution. However, in my experience, cases are far more likely to settle when people are tired or have places to be, since such factors can be powerful inducements toward convincing parties to resolve matters.

At the beginning of each of the mediations, people were extremely dug into their positions and the parties were extremely far apart on how much money they were willing to accept to settle the matter. After some time during which each side was able to convey their positions and gripes with one another and the mediator, the parties finally began to make demands and offers in order to settle the case. The initial demands and offers seemed unreasonable to the other parties, and those parties needed to express their dissatisfaction before they could go into the next phase of the mediation.

Somewhere around a few hours into the process, people just kind of go into autopilot, and get used to the usual dance of issuing settlement demands and working toward a common ground. The process typically becomes a “hurry up and wait” situation during which each of the parties waits to meet with the mediator who conveys the offer or demand that the other party has come up with and expresses some reasoning behind the demand and empathy for that party’s position. During this time in the mediation, the numbers offered to resolve the case tend to get closer.

Then, after several hours of the mediation have gone by, people start to get tired. Attorneys and clients begin to talk about matters unrelated to the case just to pass the time waiting for the mediation to play out. Furthermore, people might complete personal and work tasks that everyone needs to accomplish throughout the day since the mediation is taking too long. Pretty much everyone just wants the mediation to wrap up so that they can resolve the case and move forward with other work or personal tasks that need their attention.

This is the “magical” time in the mediation process where true progress can be made to resolve a case. Individuals are much more willing to bottom line their settlement demands or offers if they are tired and have somewhere to be. I don’t feel anyone is immune to this response as attorneys, clients, and mediators themselves likely have a yearning after participating in the resolution process to wrap things up and will go above and beyond their normal limits to accomplish this goal. The most successful mediations in which I have participated were mediations that went the distance, likely due to the fact that entering extra innings on a mediation puts all of the stakeholders in a mindset to resolve the matter so that everyone could move on with their lives.

All told, some people may want to opt out of the mediation process early, either because of their convictions about a case or because they are dissatisfied with the settlement demand or offer made by another party. However, lawyers and their clients should go the distance on mediations if they are serious about resolving a case. Something about being tired and having somewhere to be after hours of mediation can be the right environment for the parties to make true progress towards a settlement.

What is a Defense to a Harassment Claim Against an Employer?