Partner Seems Pretty Ticked Off In This Voicemail 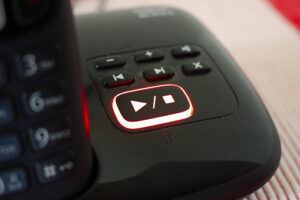 The legal profession has a rich history of yelling at people. It’s… not great. There’s a lot of pressure and tight deadlines, but offices require some mutual civility and collegiality to function.

In a recent post on the professional bulletin board Fishbowl, an associate shared an experience getting yelled at by a partner at a former workplace. It’s a reminder that the profession still has a ways to go when it comes to appropriately managing frustrations.

Following up on the original post, the author included a voicemail recording from partner Avital Perlman, which another poster on Fishbowl helpfully transcribed:

So… that’s inappropriate. In a professional setting, partners have to navigate between becoming too chummy with associates and viewing associates as your personal drones. At either extreme, there’s a temptation to think you can go for the casual, expletive-laden message, but you really can’t. This is the place for “your behavior is unsatisfactory” and “I’m really disappointed” as opposed to “fuck you.” Passive aggression is your friend!

That said, some of the replies to the Fishbowl post and more than a few of the tipsters who sent this to us suggested this was worthy of a bar complaint, and that’s inappropriate in the other direction. We can level criticism without elevating it to some sort of ethical conundrum.

But there may be some important details missing from listening to the voicemail in isolation. From the person who prepared that transcript:

From what I remember from an earlier post, OP is a midlevel not second year (partner couldn’t keep track) and already gave two weeks notice a week before the email. The partner refused to staff another attorney on the deal and demanded OP give up their weekend….

The thing about two-week notice is you’re still working there for the next two weeks. We don’t know anything about this transaction, but if the partner thought this deal would close within that window then why SHOULD she staff another attorney on it? For the next two weeks, this associate is still on the books. This doesn’t excuse the tone of the voicemail, but it might explain why she’s talking about burned bridges.

We reached out to Sichenzia Ross Ference and received this statement:

We are aware of the online post, which does not present the context in which the matter arose. Notwithstanding, this matter has been handled internally. As a partner and colleague Ms. Perlman has stood as a pillar in her practice area of securities law, as all of the Firm’s clients would attest. She has been a mentor to a countless number of our associates who have become partners of ours or achieved similar status at other law firms. She is admired and respected by all of her colleagues at SRF.  We wish our former associate well at their new firm.

Obviously this doesn’t illuminate the “context,” but if it’s what the other poster suggests, then a lot of the pieces come together.

The moral of the story is that everyone needs to be a lot more considerate.

Introducing Fact & Issue Finder: The New Tool From LexisNexis That Will Forever Change The Way You Do Litigation Research

Working From Home Is Much Cheaper Than Working In An Office

Working From Home Is Much Cheaper Than Working In An Office

Helen Wan, Attorney And Author Of ‘The Partner Track,’ On Bringing Her Biglaw Novel To Netflix

What is Considered Unlawful Workplace Harassment?

What Can I Do If My Employer Isn’t Giving Me Enough Breaks in Hawaii?