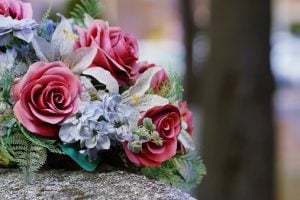 We have some incredibly unfortunate news to report out of the Washington legal community, where a young Cooley associate recently passed away. Gabrielle Hanna, 29, was litigation associate for Cooley in San Diego before she moved to the firm’s Seattle office in August 2020.

According to news reports, Hanna died in a floatplane crash into the Puget Sound off the coast of Whidbey Island, just north of Seattle, over the Labor Day holiday weekend. She was returning home from a friend’s wedding. All 10 people who were aboard the plane were killed. The incident is under investigation by the National Transportation Safety Board. The Seattle Times has details on what happened:

[Tom] Chapman [of the NTSB] said the agency hasn’t determined the cause of the crash and will not “speculate” about what caused the plane to plunge into the Puget Sound.

He confirmed witness reports that the plane likely entered the water nose first, at high speed.

The plane was in the air for around 35 minutes before the crash and was flying at an altitude of about 1,000 feet. The pilot had taken the plane on other trips earlier the same day.

Officials have yet to locate the plane’s wreckage, and Chapman said that while “efforts are ongoing,” it may be “hard to predict how long it’s going to take.”

Cooley offered this statement in a memoriam posted on the firm’s website:

Starting as a summer associate with us, Gabby spent the entirety of her all-too-brief legal career with Cooley. In her few years with the firm, Gabby had already established herself as a true talent and team player who was dedicated to providing our clients with service and advice of the highest quality. As importantly, Gabby was always quick to smile and was a true believer in – and contributor to – the Cooley culture. She will be deeply missed.

In an interview with the American Lawyer, Jeff Lombard, a senior associate at the firm who worked on the same litigation team as Hanna, said that she was “a burgeoning star in our group of associates.” Lombard said the news of her death was “absolutely devastating.”

We here at Above the Law would like to extend our condolences to Gabrielle Hanna’s family, friends, and colleagues during this difficult time.

Ethical and Legal Considerations in SEO and SEM

8 Best Practices for Remote Training at Your Organization

What is Salary Misclassification in Connecticut?