Ranking The Top Law Firms In The Country – A Difficult Endeavor 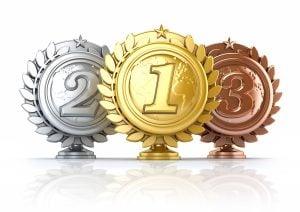 Everyone wants a grand unified theory and rankings are no exception. We can capture a lot of important insights in nuanced, targeted rankings, but there’s something viscerally appealing about one ranking to rule them all.

Law360’s bid to create a definitive law firm ranking borrows from prior specialized rankings, giving one-third weight to each of three independent rankings. The thing is, those independent rankings all provided key insights for potential clients or prospective firm hires to weigh.

They didn’t need to be merged. In fact, Law360’s introductory remarks to this ranking recognize this:

What makes a firm the first one clients turn to for just about any high-stakes legal matter?

There’s no one answer to that question.

True! But Law360 opted to combine its prior rankings and delivered a result that doesn’t accomplish the sort of definitive scorecard they probably wanted.

The first pillar of the new ranking is firm prestige, is based on the Law360 Pulse Prestige Leaders ranking, which we covered back in December. The most prestigious firms were Kirkland, Latham, and Davis Polk, which sounded reasonable.

The second prong of the ranking is the social impact pillar based on its Social Impact Leaders ranking, which we covered here. That ranking awarded top honors to Covington, Orrick, and WilmerHale.

The third input to these new rankings is an all-new ranking based on data gathered by Lex Machina and Intelligize over a three-year period geographic reach in litigation, litigation depth and breadth, completed public deal value, and completed offerings value. The litigation figures are culled by Lex Machina and reflect the number of federal court districts where the firm appeared and percentile-ranked in 10 case types to assess firms’ relative activity in a diverse array of subjects. The transactional component based on Intelligize data uses the total value of all public mergers or acquisitions with a disclosed value of $1 million or more and the total value of all completed registered offerings.

Digging into the numbers, it seems as though firms that one might expect to see atop any kind of leaderboard — firms like Cravath, Skadden, or White & Case, all tumbled because Law360 lacked data for its social impact score. That the top three in that ranking all appear in the top 10 of the overall ranking demonstrates how much influence this figure had on the final ratings.

In fact, 22 of the top 100 didn’t have a social impact score. On the one hand, if firms think it’s acceptable to blow off the social data, they should feel some shame. The social impact score includes racial and gender diversity figures, which clients are finally starting to prioritize in selecting counsel. But on the other hand, if almost a quarter of the field is sporting a “No data” score on one-third of the assignment, the whole ranking suffers.

And the new litigation impact score has issues as well.

While “global” and “national” are great branding terms, I’m not sure it enhances anyone’s view of firm prestige to learn that they also filed in Topeka last year. It seems as though the ranking could include some sort of scoring that weights appearances in districts based on that district’s share of impact litigation. A firm that plays as well in the SDNY as it does in Los Angeles and DC would be more valuable information than knowing it appeared in 40 different, but ultimately less high impact, districts.

Hopefully this new ranking will inspire more folks to check out — and more firms to contribute to — the earlier rankings, because there’s a lot of useful data in there. But as a grand unified ranking, this leaderboard leaves a bit to be desired.

A Foolish Thing That Smart (Young) Lawyers Do

Ed Sheeran Gets It: As He Wins His Copyright Lawsuit, He Decries ‘Culture’ Of Bogus Copyright Suits

Biglaw Associates Are Being Rushed Back To Work In The Office — But Why?