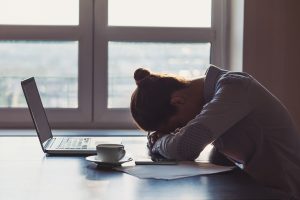 Is anyone else tired? Fatigued? Exhausted physically, mentally, or both? I’d ask you to raise your hand, but you are too tired to raise it. Regardless of whether you are red, blue, purple, male, female, trans, or nonbinary, you have had so many roller coaster rides during the past few years, that you can’t even think about getting on another ride, but we are. The January 6 hearings are an amazing tour of how close this country came to a coup, courtesy of Sidney Powell, Michael Flynn, Rudy Giuliani, and others who thought that what this country needed was a good old-fashioned civil war to keep a whack-job president in power.

We’re pooped. We’re not talking with each other, but over, around, and through each other. We don’t listen; we yell. We are tired, worn out, suffering from fatigues of many different varieties: outrage, burnout, sadness, and so many other kinds that it’s even hard to describe them all. What do I know? Not much, as some readers will readily agree, but I do know that what this country is now enduring in terms of divisions is worse than the nastiest litigation imaginable. Think of your absolute worst opposing counsel that you have ever encountered and multiply it by some exponential number, and that’s what a lot of us are feeling right now. Wait, there’s the brand-new Twitter v. Elon Musk litigation, which may give “scorched-earth tactics” new meaning. And whatever happened to Musk’s idea for his very own in-house firm? Any lawyer still interested in that?

I feel for those sitting for the bar exam later this month. The legal world that they hoped to enter — and will enter upon passing — feels different now. At least it is to this old lady lawyer. The examinees can at least take some comfort that this term’s SCOTUS decisions won’t be tested, as if they aren’t already going to be tested in myriad ways to come. Case law … precedent… statutory interpretation, that’s how we learned the law in olden days. So, what should law schools teach now? On bar exams going forward, would an examinee be dinged for not discussing precedent (as if that really matters anymore)?  What and how do law professors teach going forward? Should anyone flunk the written portion of the bar exam if they argue that precedent doesn’t matter anymore post-Dobbs? I don’t know the answers; I just ask the questions, which is what we lawyers do.

And if anyone has any doubt about the negative effect of Dobbs on the ability of women to reach their professional goals, achieve their professional desires, and the like, the dearth of affordable childcare and elder care is going to hammer yet another nail in women’s abilities to move forward and up in the workplace. No one should be surprised. The new SCOTUS majority, which is male except for one, doesn’t seem to think there’s a problem with that. How many of those men have been responsible for childcare? For elder care? I thought so. And doesn’t Amy Coney Barrett have help with wifely and motherly duties?

Remember what Justice Sonia Sotomayor said at the Dobbs oral argument: “Will this institution survive the stench that this creates in the public perception that the Constitution and its reading are just political acts?” Asked and answered, Your Honor.

Someone, and more than just one someone, will write books about the Tom Girardi mess here in California. Movie, TV (other than the “Real Housewives of Beverly Hills” now showing on a cable channel near you) to follow. I know that some of you are sick of reading about him, but the story to me is a train wreck. I can’t avoid looking at it as a morality play for all of us. Any casting suggestions? Who should play Tom Girardi? His wife, Erika Jayne?

There’s now the filing of a RICO lawsuit (along with other claims, including conspiracy) against Erika Girardi aka Erika Jayne, two lawyers from the defunct Girardi firm, the Girardi firm accountant, a litigation financing company, and others. The complaint, which runs more than 60 pages, is fascinating reading, like a John Grisham novel. Among the allegations is that Girardi’s defunct law firm, Girardi Keese, was a criminal enterprise.

And tangentially related to Girardi, the State Bar of California has filed charges of moral turpitude against its former executive director, Joe Dunn. While ED, Dunn was cozy with Tom Girardi, (not the basis of the charges), but these disciplinary allegations arise because he lied to the bar’s board of trustees about certain expenses he billed to the bar for a trip to Mongolia (I am not making this up) and that he misrepresented the position of the chief justice of the California Supreme Court on a piece of legislation (definitely not a good thing). There are other allegations as well, having to do with alleged breaches of fiduciary duty. This may well be the first time that an executive director of the California State Bar faces disciplinary charges. The bar fired Dunn some years back, Dunn claimed wrongful termination, but he lost in arbitration.

No wonder we’re all pooped. Do we have any energy left to play a game? Why not participate in “Squid Games?” Would you be willing to compete? As a lawyer, you may well lose in litigation, be sued for malpractice, lose your license, lose your sense of self. You could screw up a transaction with inartful drafting or, even worse, overlook a typo that changes the meaning of a critical fact. Is practicing law now a game of red light, green light? Are we playing “Squid Games”?

What Factors Affect the Cost of Homeowners Insurance in Massachusetts?