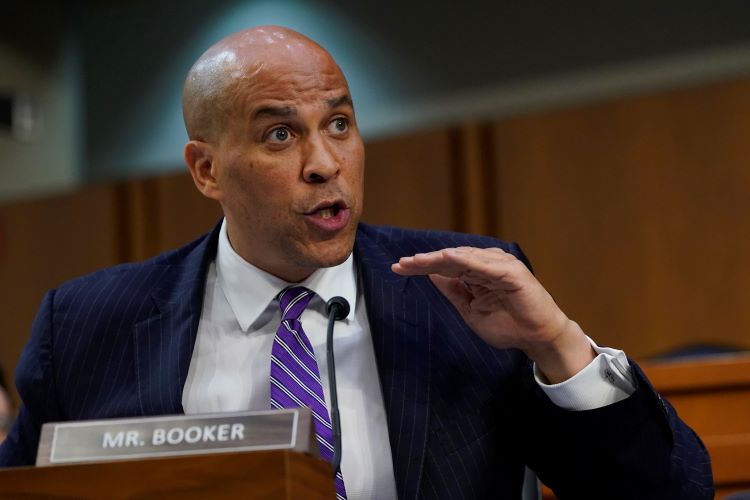 Booker noted what he called a “provocative” statement by Jackson on the first hearing day about sometimes failing to find the right balance between mothering her two daughters and her work. He asked Jackson to elaborate.

“What I said in my statement,” Jackson said, “was that I had struggled like so many working moms to juggle motherhood and career. And it takes a lot of hard work to become a judge, to do the work of a judge, which I’ve done now for almost 10 years. You have a lot of cases. You don’t have that many resources, comparatively speaking, and it’s a lot of early mornings and late nights. What that means is that there will be hearings during your daughters’ recitals; there will be emergencies on birthdays that you have to handle.”

Her hope, she said, is that if her daughters see her confirmed to the Supreme Court, they will understand that “you don’t have to be a perfect mom. But if you do your best and love your children, that things will turn out OK.”

Booker also asked Jackson about the “bedrock values” that she has learned from her parents.

Jackson said her parents grew up at a time when Black and white children were not allowed to attend schools together. Yet “they persevered,” becoming the first in their families to go to college, she said.

Jackson said her parents gave her an African name “to demonstrate their pride in who they were and their pride and hope in what I could be.”

Jackson said she also learned from her grandparents, who didn’t have a lot of formal education and didn’t have the same opportunities that she did. But they were the hardest-working people she has ever known, Jackson said.

“I reflect on them in the context of this historic moment,” Jackson said. “I stand on the shoulders of people from that generation.”

South Carolina announces it can conduct executions by firing squad

South Carolina announces it can conduct executions by firing squad

Relativity Brings Legal Technology To The Struggle For Justice

Dear Law Professors, Please Take Pity On Swifties And Do Not Call On Them Today