Sesame Street Needs To Turn Their Location On, I Just Want To Talk 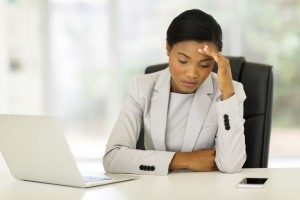 Sesame Street has generally been a forerunner on racial justice issues since, well, it started. Since its start, Sesame Street has been a cute and effective way to introduce young folks to diversity and equality, occasionally with a song and dance to boot. They’re one of the few companies where their track record pretty much speaks for itself.

If you think this isn’t an important show, you haven’t seen how many racists are already screaming about it online and in the press. Sesame St has 50 years of experience doing this stuff well. Watch it with your kids, watch it with the kid inside you, but either way, watch. https://t.co/idXPTjKmNC

Unfortunately, that’s not how the cookie (Monster) crumbled in Philadelphia. Kelly Rowland did her part to spread awareness on a dream-crushing interaction children had with Rosita.

Sesame Place Philadelphia has issued an apology and said its employees will undergo more training following backlash from a video showing an employee in a Sesame character costume seemingly ignore two small Black girls during a parade.

The video shows the two girls decked out in Cookie Monster and Abby Cadabby sparkly backpacks waiting along the side of the parade as a person in a costume of another character, Rosita, makes their way down. Before reaching the girls, the character gives out high-fives to another small child and an adult, both who appear white.

Backlash swiftly followed after the video took off on social media, where others shared similar experiences and videos, and prompted Sesame Street Philadelphia to issue a statement on its Instagram account in which it said it was not the character’s intention to ignore the girls.

Don’t just take NPR’s word for it, take a look for yourself:

Sesame Place Philly gave an apology but I’m channeling The Count on this one – things just ain’t adding up:

It’s gotta be rough on these meme streets for Sesame — they’re getting cooked right now.

Street isn’t getting all of the pushback though. Some think those kids should have known better:

Ummm the kids called her Zoe when that’s clearly Rosita. I don’t blame her for ignoring them. Maybe learn your Sesame Street characters first? https://t.co/f8WtR3OFTe

The legal consequences of this remain unclear. Sesame said all the things you’d expect as terminal defense to a lawsuit — apologies, employees will undergo diversity training, etc. The good news is that Sesame Philly didn’t double down and anchor the slighting in religious belief. While I don’t buy the couldn’t see out of my mask story, I hope that whatever went wrong here — hiring or otherwise — gets fixed so I can get back to loving Sesame Street.  If not, I might have to find my way there and settle it myself.

… Let’s just hope whatever is going wrong is fixed before The Swedish Chef serves up some prejudice. You know the right loves their bakers.

How You Can Prevail In The Legal Tech Marketing Wars

Catching Up With Briefcatch – A Superpowered Editing Tool – My Shingle