Should the UN establish a right to a healthy environment? ABA urges US to vote yes

Should the UN establish a right to a healthy environment? ABA urges US to vote yes 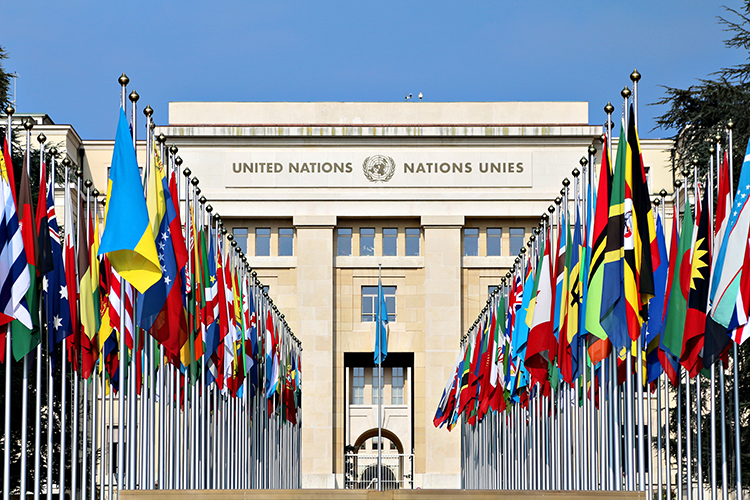 The Palace of Nations in Geneva, Switzerland. Photo by SAPhotog/Shutterstock.

In a late February briefing, Nadia Ahmad introduced a group of ABA members and Capitol Hill staffers to Resolution 48/13—a measure adopted by the United Nations Human Rights Council that for the first time recognizes having a clean, healthy and sustainable environment as a human right.

Ahmad, a member of the Section of Civil Rights and Social Justice Council, has been working with a group of her colleagues to promote the resolution, which was proposed by Costa Rica, the Maldives, Morocco, Slovenia and Switzerland. After most of the U.N. council’s 47 member states passed it in October, it will now go to the U.N. General Assembly for further consideration. 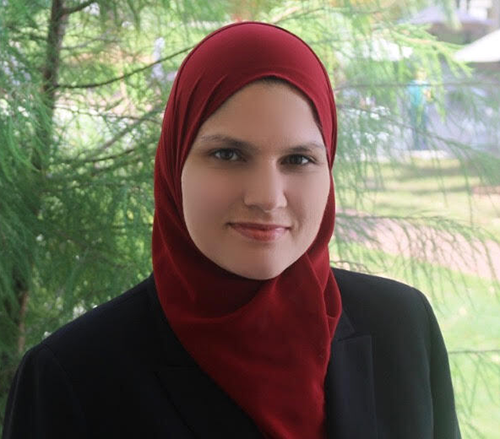 Nadia Ahmad is on the council of the ABA Section of Civil Rights and Social Justice. Photo courtesy of Nadia Ahmad.

Ahmad hopes the United States will support Resolution 48/13 when it comes up for a vote in April or May. The United States was not a member of the U.N. Human Rights Council at the time it adopted the resolution, but according to Reuters, it has expressed concerns that the recognition of new rights could dilute traditional civil and political rights.

ABA backs the right to a healthy environment

In November, ABA President Reginald Turner sent a letter to the Biden administration, commending its efforts to advance environmental justice and asking that it support Resolution 48/13.

“Resolution 48/13 supports efforts to deal with the interconnected environmental crises of biodiversity loss, climate change, and pollution,” Turner wrote in the letter, which was addressed to Brenda Mallory, chair of the White House Council on Environmental Quality. “This or a similar resolution may soon be considered in the U.N. General Assembly, where the United States has a vote.

“Support for a right to a healthy environment would demonstrate the U.S. commitment to international cooperation with other countries, including our European allies, low-lying island States and other developing countries.”

Turner pointed out that the ABA adopted a resolution at its annual meeting in August that advances environmental justice, including through support for legislation and policies “that reflect the right of every human being to dignity and a clean and healthy environment.”

He also said that 15 U.N. agencies, more than 1,300 nongovernmental organizations, more than 50 businesses, the U.N. High Commissioner for Human Rights and the Global Alliance of National Human Rights Institutions have signed declarations of support for the right to a healthy environment in the past year.

A growing movement with historical precedent

John Knox, a professor at Wake Forest University School of Law who is working closely with Ahmad, served as the first U.N. independent expert and special rapporteur to examine the relationship between human rights and environmental issues. In his final report in 2018, he recommended that the U.N. General Assembly formally recognize the human right to a healthy and sustainable environment.

Knox adds that while the U.N. resolution is not legally binding, it reflects a growing movement around the world to bring rights-based approaches to bear on environmental issues.

“To a remarkable degree, rights-based approaches are being litigated and enforced,” he says. “It’s important for lawyers working in both the environmental space and human rights space to be aware of these developments because increasingly, they are one of the most important ways that environmental protection is being reconceived.”

ABAJournal.com: “ABA observers will share their takeaways from the UN climate change conference in Glasgow”

Are You Looking For A Transition Into A First-Class In House Role?

The $20 Million Biglaw Partner AKA ‘The Kirkland Effect’

5 Types of Cybersecurity for Every Lawyer to Master