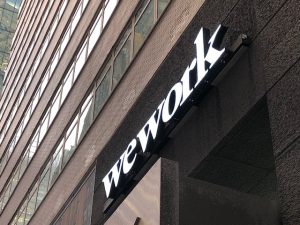 A WeWork location in midtown Manhattan (photo by David Lat).

Who doesn’t love a good scam docuseries these days? They’re all the rage right now, and I’m here for them all — Inventing Anna, The Dropout, LuLaRich, Operation Varsity Blues: The College Admissions Scandal — whatever Netflix or Hulu or Apple+ will pump out. And, as you might imagine for a subsection of the true crime genre, lawyers often play a key role in the cases and how those stories ultimately get told to the public.

That’s also true in WeCrashed, the story of the rise and fall of WeWork. The docuseries has A-list talent: Jared Leto stars as co-founder of WeWork, Adam Neumann, and Anne Hathaway portrays his wife, Rebekah Neumann. The stars certainly seem to have enjoyed their time filming.

But speaking of A-listers, a top-flight Biglaw firm is also featured pretty prominently in the show. 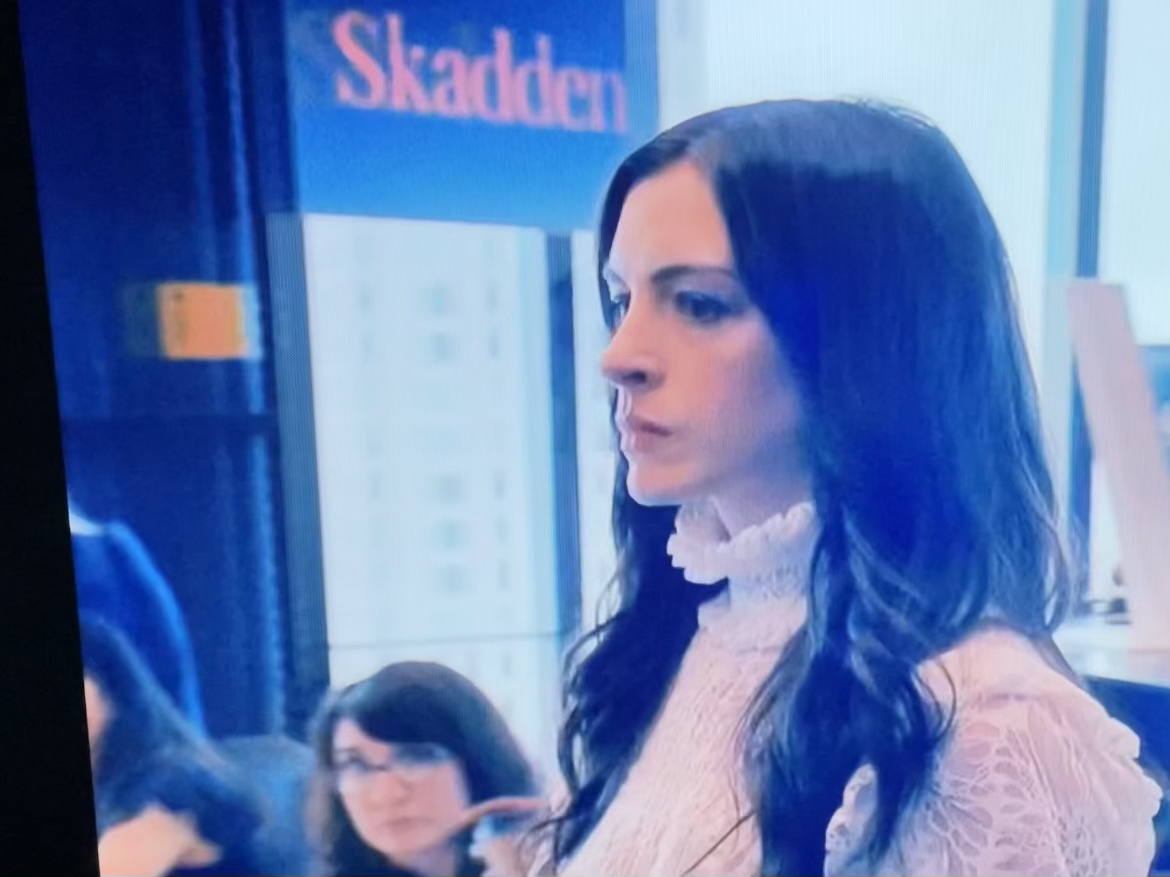 While I’m not expert enough in Skadden’s conference room layout to suss out if the show was filmed in their office or if movie magic just makes it look that way, it’s no surprise the Biglaw firm is referenced. Skadden advised the company on a number of matters and played a key role in the attempted WeWork IPO, and the eventual SPAC deal.

Still, I didn’t imagine writing about the guy from My So-Called Life and Biglaw giant Skadden Arps in the same sentence when I started this job, so… achievement unlocked?

The 2022 Outside Counsel Rankings: The Top Law Firms According To GCs

When Do You Need a Home Insurance Claims Lawyer in New York?

The Law School That Offers The Largest Return On Investment