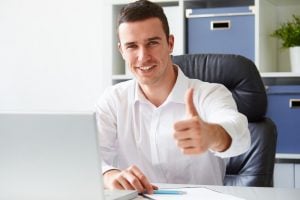 This website has discussed at length how some of the largest law firms across the country have raised salaries recently as the top shops compete against each other for talent. First-year associates at top law firms now make eye-popping salaries that make them some of the highest-paid young professionals in the country. However, most people do not work in Biglaw and are not paid anywhere near as much as individuals who work at Biglaw shops. After leaving Biglaw, I spent the majority of career working at smaller law firms before beginning my own practice over three years ago. Sometimes, a number of benefits make working lower-paid firm jobs more attractive than those at a Biglaw shop with higher salaries.

Usually, the smaller the law firm an associate works at, the more hands-on experience the associate will get in the practice of law. Associates in Biglaw rarely get to go to court, take depositions, or complete many of the hands-on tasks of practicing law. This is because the stakes are higher for many cases handled by Biglaw shops, and clients want the top brass handling those matters.

Smaller law firms often handle smaller cases in which clients are less concerned with which lawyer is handling a matter, especially if the more junior lawyer charges a lower hourly rate. At the interview for my first job after Biglaw, the managing partner said he couldn’t pay me even half the salary I earned in Biglaw, but he promised I’d be in court my first week at the job and taking depositions my first month. He was correct, and I was actually in court three or four times a week at that job, and I also got to argue appeals, conduct class-action fairness hearings, and complete other hands-on tasks I would have never completed as an associate in Biglaw. This experience was critical to me when I was deciding whether I had the background to start my own shop, and people may trade a higher salary for the ability to gain this valuable experience.

Attorneys at smaller law firms generally have a better work-life balance than attorneys who work at larger firms. The more a firm pays an attorney, the more a firm expects that an attorney will be indebted to the firm to give up nights, weekends, and other personal time in order to complete work tasks. However, the opposite is true at smaller firms. Since the shop is not paying associates as much, a typical tradeoff is that work-life balance is respected.

One time when I was working at a smaller firm, my boss needed to send me something over the weekend since an emergent matter needed to be handled first thing on Monday morning. The boss was so profusely sorry that he interrupted me over the weekend, and I think that was the only time in two years I ever needed to log on after business hours in order to complete tasks. At that firm, everyone also took a full two weeks of vacation at least every year and around the holidays both years I worked at that firm, I took most of the second half of December completely off, which was an amazing experience. Of course, there are exceptions to most rules, but by and large, smaller firms respect work-life balance more than shops that expect associates to toil at all times of the day or night because they are getting paid high salaries.

This is not always the case, and many lower-paid jobs have managers that make associate lives miserable. However, in my personal experience, the less money I made at a job, the less crap I generally needed to deal with from a boss. This was likely because there was so much turnover at some of the shops at which I worked that had lower salaries that managers knew they had to treat associates better or else associates would vote with their feet and go elsewhere, causing interruptions at the firm.

Moreover, in my experience, associates could talk back to managers much more at lower-paid jobs than at higher-paid ones. I had a few managers at the lower-paid job that routinely made my life miserable, even though they were often wrong about legal matters and strategies. After a few months at that firm, I became pretty bold with talking back to bosses and letting them know when I disagreed, and dishing whatever disrespect they were giving to me. One time, a partner even yelled at me to get out of his office after I got into a disagreement with him (in which I ended up being right!) and there were no consequences for my comments. If I was making more money, I probably would have cared more about that job, and the partners would have believed they could have easily replaced me, such that this approach would not be tolerated.

All told, money makes things easier, and lawyers should generally gravitate toward jobs that pay them more money. However, attorneys should be aware of certain benefits that are experienced by associates who work lower-paid firm jobs.

Considering A Position On A Nonprofit Board? Here’s What You Need To Know

Considering A Position On A Nonprofit Board? Here’s What You Need To Know

Circle Up For This Bonus Announcement, It’s Magical