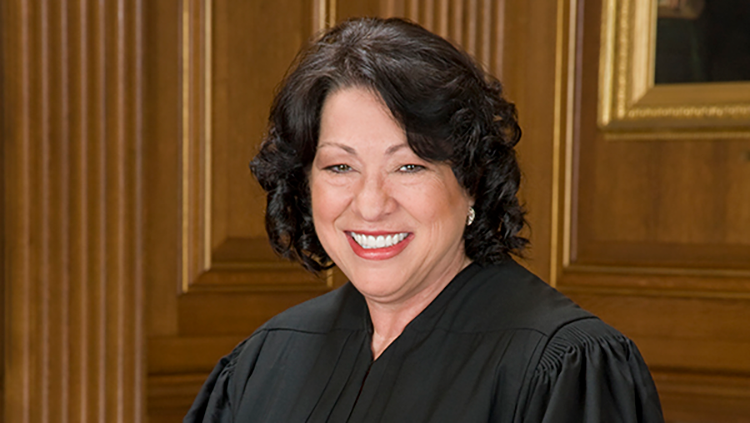 U.S. Supreme Court Justice Sonia Sotomayor is expressing “serious constitutional concerns” in the case of a sex offender forced to spend additional time in prison because he couldn’t find housing far enough away from schools in New York City.

Sotomayor raised her concerns in a Feb. 22 statement regarding the Supreme Court’s decision to deny certiorari in the case of Angel Ortiz.

Sotomayor said she agreed that Ortiz’s cert petition doesn’t satisfy the court’s criteria for hearing cases. But she raised questions about the effects of a New York law that bans certain sex offenders from living within 1,000 feet of a school after their release, which is “no easy task” in New York City.

Ortiz had proposed living with his mother and daughter in their New York City apartment when he qualified for release to community supervision. But the residence was too close to a school, as were dozens of other addresses that he proposed.

As a result, Ortiz served his 17 months of conditional release in prison. Then, after his full 10-year sentence was served, he had to spend another eight months in a state prison designated as a residential treatment facility.

“All told, because of New York’s residency prohibition, Ortiz was imprisoned for over two years longer than he otherwise would have been,” Sotomayor wrote.

Sotomayor cited a New Jersey appellate decision pointing out that residential restrictions can make it difficult for convicted sex offenders to find stable housing. That can lead to loss of employment and financial distress, factors that can increase the chance of offending again. She also cited “a large body of scholarship” that cautions against residency restrictions as a means of reducing recidivism.

“Despite the empirical evidence, legislatures and agencies are often not receptive to the plight of people convicted of sex offenses and their struggles in returning to their communities,” Sotomayor wrote. “Nevertheless, the Constitution protects all people, and it prohibits the deprivation of liberty based solely on speculation and fear.”

Does My Homeowners Insurance in Idaho Cover Mudslide Damage?