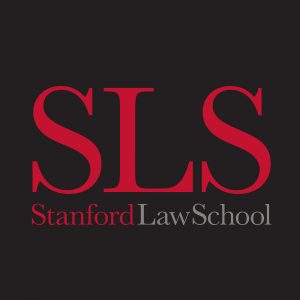 On the outside looking in, law is one of those fields that seems impenetrable to get in to. It remains a boy’s club — about 37 percent of American lawyers are female, and its hard to break into the profession without knowing somebody who knows someone. Lawyers often come from a line of lawyers and from families where going to college is part of the tradition. When you don’t have those connections, on prestige becomes all the more important. Thankfully, Stanford Law will make it a little easier for aspiring lawyers from low-income families.

According to an email sent to students by professor of law and SLS Dean Jenny Martinez:

I am most excited to let you know that, beginning next year, SLS will cover all of the tuition costs for JD students (including current students) with family income below 150% of the poverty line.

An email will follow with the specific details of all the changes we have made, but I can share with you that overall they represent an increase in financial aid support of 10% and an increase in our LRAP funding of almost 40% for the upcoming fiscal year. Among other things, these increases will enhance scholarships for students with financial need, including JSD students, bump up our summer public interest funding, and result in significant improvements to our loan repayment assistance program, which is supported by the Rubin Public Interest LRAP Fund and the Anonymous Public Service LRAP Fund, each established thanks to generous SLS alumni.

We will continue to seek improvements and enhancements moving forward but I wanted to share this good news with the community about what we have been able to achieve this year with the support of the University, very generous donors, and through the hard work of our staff and administrators.

While I don’t have the data to support it, I have a very strong hunch that over time many students who were accepted to phenomenal institutions of learning passed on the opportunity because the cost was prohibitive. Stanford’s decision to follow Yale in covering some brilliant minds with less than rich parents is a step toward equity in the field. Two steps even, considering Stanford’s coverage casts a wider net than Yale’s. At least for now. Sure would be nice if Yale or Harvard were to match or exceed Stanford’s recent scholarship coverage.

We cover Biglaw firm’s matching frenzies all the time at Above the Law — I hope one day we can do the same for schools that prove their dedication to inclusion with money in hand.

Cheers to one of the students who benefits from this being the next Ketanji.

For more details on Stanford’s financial coverage, turn to the next page.

How Quickly Can Wachtell Get To $10 Million In Profits?

More Bang For The Buck: Hiring Lateral Partners In Groups Is Gaining Popularity

Recall Alert: There May be Cancer-Causing Benzene in Your Deodorant