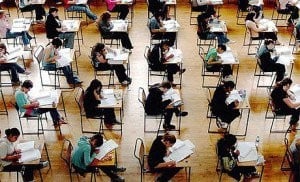 In a brilliant opening move for any career, Redditor burnerman1818 went on the barexam subreddit to share some personal news. On the plus side, he (and we’re just assuming based on the burnerMAN handle) passed the Illinois bar exam.

But also, he totally cheated on it.

At this point, burnerman1818 did what any responsible person faced with a crisis of conscience would do: he went to Reddit (whole thread here). 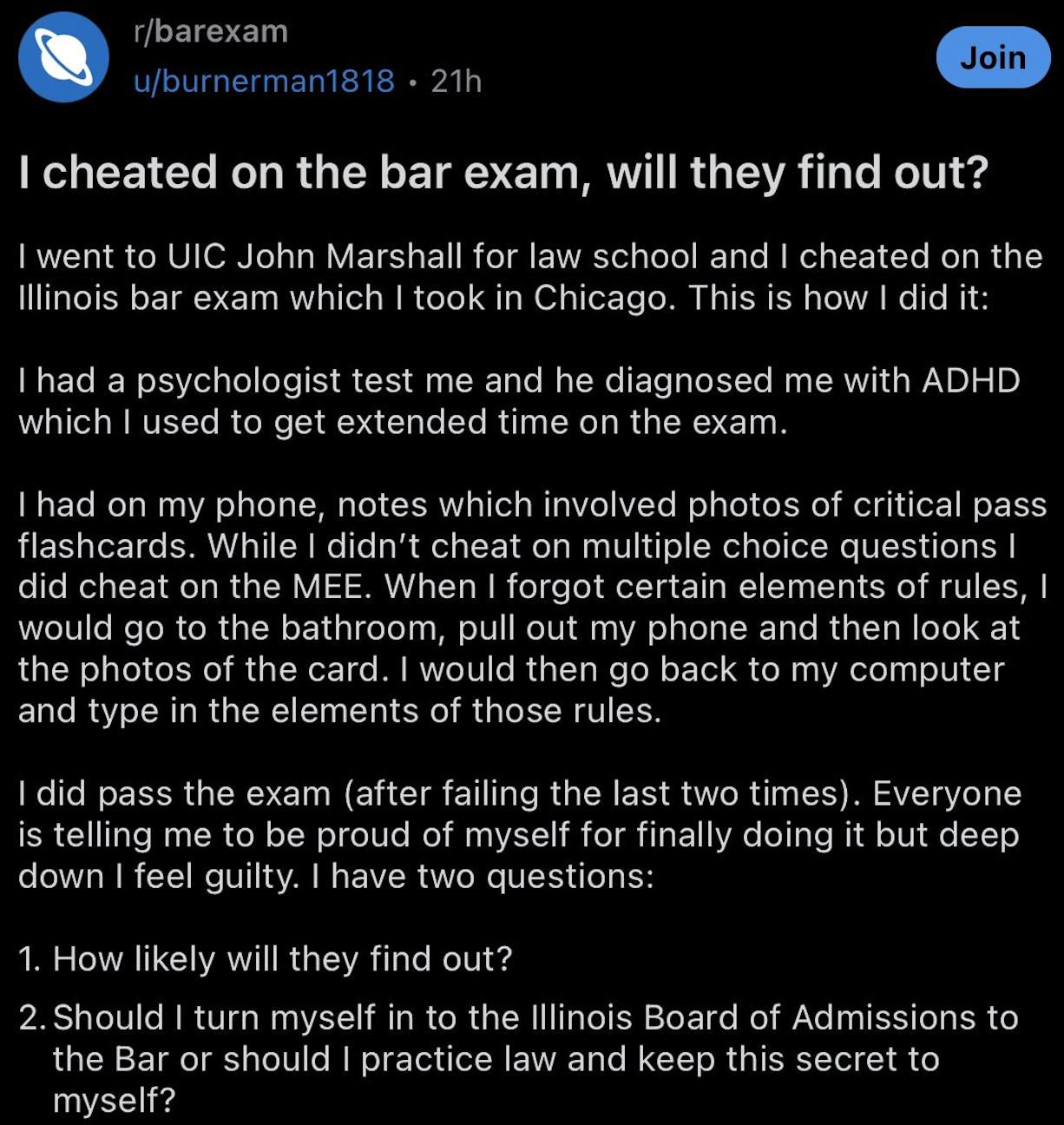 (h/t to Twitter’s @deadastin_e who flagged this post — and also has a request if folks out there can help.)

I’m very much on record that the bar exam should not be a closed book test. Applicants who successfully recognize the question being asked, seek out and find (in the real world… not some artificial packet of curated test materials) the right resources to address the issue, and then effectively communicate the answer better demonstrate “minimum competency” to be a lawyer than someone who memorized a handbook.

I’m also very much on record that until those reforms are made, you shouldn’t be cheating.

And if the initial confession wasn’t enough, note that question 2 contemplates that — once sworn in as an attorney — this guy intends to commit an ongoing ethical breach by not reporting it. Are we sure he didn’t cheat on the MPRE too?

Responses weren’t all that supportive: 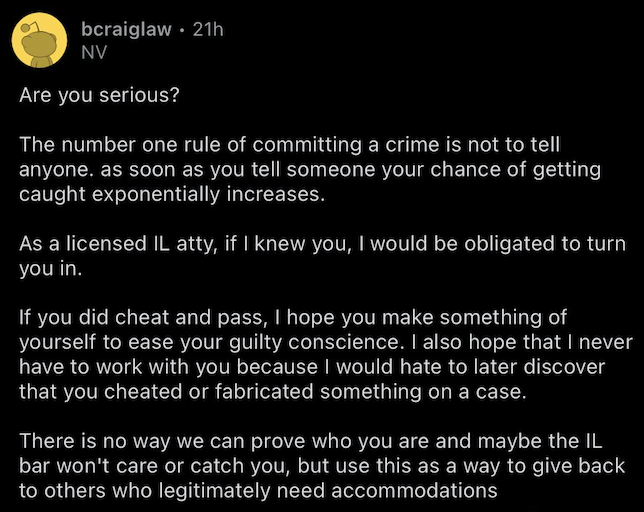 And, for the record, the overwhelming majority people getting accommodations are not using them to cheat and stories like this are just going to trigger bar examiners to make baseless overreactions and deny accommodations because of a .0000001% chance someone like this exists.

Oh ffs. I’m actively questioning how he failed the bar exam twice before? If he already had a well-developed pattern of cheating through school did he just decide to go legit for the bar exam? Because this is starting to read like a bad heist movie with burnerman1818 trying to give up the cheating life, but realizing he couldn’t make it on the outside so he went back in for one last score.

While the response above suggested there may be no way to catch this guy, it actually seems pretty easy. Accommodations aren’t that widespread, so just match UIC Marshall grads who failed twice, passed the third time with accommodations, and who also claimed accommodations in law school. It’s hard to imagine that’s a search result of more than one or two.

That’s why another Redditor has some suspicions:

A false flag operation! Now the plot thickens. But what would be the motive?

Could — for lack of a better name — the ex-burnerfriend be a newly minted lawyer getting not so anonymously maligned? If the play is to get the ex in trouble it seems even more stupid to use a handle that ends in “man.” It would make it pretty easy to figure out what’s going on.

So, is this incredibly stupid or a bumbling revenge attempt? Such a difficult question!

And me with no flashcards to help answer it.

When Do You Need a Home Insurance Claims Lawyer in New York?

How Do Truck Drivers in Maine Qualify for a Commercial License?