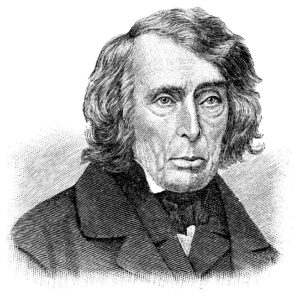 The University of Pennsylvania Carey Law School is finally doing away with an overt sign of racism on its campus — and we hope you’re not too disappointed, because Professor Amy Wax has absolutely nothing to do with it for once.

Penn Law will be removing the name of former Supreme Court chief justice, Roger Brooke Taney, from a limestone medallion on the exterior of the school’s main building. If you recall, Taney is the justice who wrote the majority opinion in Dred Scott, which upheld slavery in the United States.

Reuters has the details on how the school came to this decision:

The decision to remove Taney’s name was approved by former university president Amy Gutmann in February, but was not made public until last week.

Law dean Theodore Ruger in July 2020 pledged to examine the medallion and other names on the law school campus as part of a series of anti-racist initiatives the school unveiled following the murder of George Floyd and nationwide protests over racism. …

The task force researched Taney and his inclusion on the building, and gathered public input before recommending removing his name, according to a report in the campus publication Penn Today,

As noted by Penn Today, only two people, both of whom were students, disagreed with making the change. The task force has recommended that the law school wait a decade before determining which name should replace Taney’s on the medallion.

Congratulations to Penn Law for literally erasing racism from its walls.