Warning: unlink(/tmp/jnewslibrary-TEHKdL.tmp): No such file or directory in /home/customer/www/dailylegalbriefing.com/public_html/wp-admin/includes/class-wp-filesystem-ftpext.php on line 142 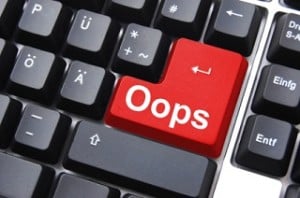 The Texas Tech University School of Law revealed today that it “inadvertently submitted incorrect data” to the U.S. News and World Report folks for the last three years. The error misreported the level of total student debt by excluding a category of loans from the figure.

Hey, they could’ve just pulled out of the rankings like the top schools and no one would be the wiser, so kudos for being upfront about it! It’s what all the cool kids are doing.

How far off was the school anyway?

That’s… quite a bit. But as the letter says, the school never used these numbers in marketing and the error didn’t make much of a dent in the rankings because debt is a tiny component in the USNWR methodology.

Which is why we’ve shown little patience for the elite schools scurrying to exit the rankings. The departing schools offered a lot of hand-wringing that treating financial aid as a disfavored stat set a disincentive to admitting students who need loans. Which is kind of like the Hunger Games demanding credit for offering a life-changing opportunity to 24 lucky kids.

Wealthy people are called the 1% for a reason — law schools aren’t able to fill seats with millionaires just to avoid a minuscule hit to their ranking. While spending on grants and tuition waivers weighs less in the existing methodology than other per student spending, it’s still a positive. The only negative is the debt figure that jacks up when the school signs students up for a bunch of loans. That’s what the schools don’t want out there.

In any event, Texas Tech has now squared things away with U.S. News and we’ll find out how that impacts the rankings in a few months.

Full memo on the next page…

Why Scale LLP Is Driving A ‘Great Redefinition’ Of Attorney Success

Why Scale LLP Is Driving A ‘Great Redefinition’ Of Attorney Success

Does HR Have to Investigate Harassment?


Warning: unlink(/tmp/jnewsfirstload-OjQ837.tmp): No such file or directory in /home/customer/www/dailylegalbriefing.com/public_html/wp-admin/includes/class-wp-filesystem-ftpext.php on line 142