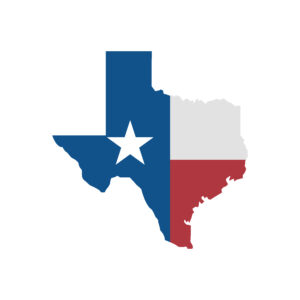 Normally, this wouldn’t be surprising, and normally, this wouldn’t even require a blog post, but because nothing in the 5th Circuit makes sense these days, it is a little surprising and it is worth a post to note that despite the insanity of Judge Andy Oldham’s ruling putting Texas’s content moderation law back on the books, he has now agreed to put that ruling on hold while the parties ask the Supreme Court to hear the case.

Again, such a thing is pretty standard in lots of cases, but this is the case where, back in May, Oldham decided to say that the law should go into effect immediately without any explanation at all. That necessitated a rush to the Supreme Court’s shadow docket, where the justices put the law on hold, in order to allow the regular, normal procedure to take place. As you’re well aware, months later, Oldham finally came out with his batshit crazy decision that required Oldham to ignore a century’s worth of precedent, as well as decades worth of conservative 1st Amendment orthodoxy in order to argue that the 1st Amendment’s association rights no longer apply to social media.

NetChoice and CCIA, the plaintiff trade groups in the case, asked Oldham to stay his ruling (that is, stop it from taking effect) in order to ask the Supreme Court to weigh in. A few weeks ago, Florida already asked the Supreme Court to hear its appeal of the 11th Circuit’s rejection of a similar law. The two laws are not identical, and differ in some potentially important ways, but the two appeals courts rulings are in clear conflict, and it is extremely likely that the Supreme Court will take these cases (and likely merge them into one), in what may be the most important Supreme Court case regarding the internet ever.

Perhaps surprisingly, Texas chose not to oppose the request for the stay. Again, in normal times, that wouldn’t be a surprise or even noteworthy. But, again, these are not normal times, and Texas politicians keep insisting they really, really need this law. Of course, they’re smart enough to know that it was going to the Supreme Court eventually anyway, so it probably did no one any good to play petty politics over this.

Of course, there’s the other theory as well: that this is a case of the dog (Texas) actually catching the car (a blatantly unconstitutional content moderation law), and having no idea what to actually do with it. I do kinda wonder if at least some of the folks in the Texas government were beginning to realize just how messed up things would be if the law actually went into effect, because it’s literally impossible to comply with. So, getting to wait until the Supreme Court reviews the case gives those folks an “out.” They don’t end up creating a huge mess for the internet just days before the midterm elections, and if (fingers crossed) the Supreme Court gets stuff right next year, they can just blame the Supreme Court to their gullible base, rather than have to deal with the fallout of their spite-driven nonsense.

Seattle Times, Brands Complain Over Senate Campaign Ad That Is Clearly Protected Speech
Senator Manchin Tries To Sneak His Dangerous ‘See Something, Say Something’ Attack On The Internet Into The Must Pass NDAA
Dumb GOP Propaganda Long Ago Conflated Essential Infrastructure With ‘Socialism’

Quitting Solo Practice Can Be Difficult

Some Don’t Like Free Speech Turned To The Max