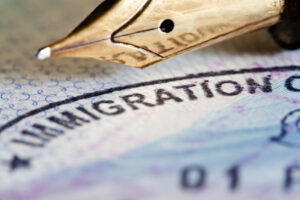 Pro bono work is one of the core elements of lawyering. The American Bar Association states, “Every lawyer has a professional responsibility to provide legal services to those unable to pay. A lawyer should aspire to render at least (50) hours of pro bono publico legal services per year.” Throughout my career, pro bono work has been a guiding star in building a life of service as an immigration lawyer.

Serving the underserved is vital in our communities. But those who provide that service must have their needs met as well. It is essential, therefore, to talk about what that is. While this conversation could take place in almost every industry and for every social justice cause, for this article, I will discuss it in the context of U.S. immigration law.

Unlike in criminal law, immigration laws do not entitle immigrants to any legal representation. And the need for pro bono assistance is necessary in many types of immigration cases. Asylum is one clear example. Currently, 673,563 asylum cases are pending in immigration court, and 470,786 asylum applications were pending with USCIS as of April 1, 2022. More recently, there’s been a growing need among Afghan and Ukrainian nationals to seek asylum or other benefits. Most of them speak no English. So, not only do they not understand the complicated legal issues confronting them, they also don’t understand the language. Legal representation becomes the difference between winning or losing the case, which, for many, is tantamount to life or death. But pro bono services are needed in so many other kinds of immigration cases, removal defense, green cards, citizenship, humanitarian issues, and much more.

In Washington state and around the country, immigration lawyers donate thousands of hours in pro bono service a year, hoping to address the desperate needs of some of these vulnerable people. Before the Donald Trump era, at least in Washington state, it was relatively easy to find immigration lawyers willing to donate their time freely to cases. We took pride in serving collectively. In 2017 and 2018, for example, thanks to the leadership of the City of Seattle Office and Immigrant and Refugee Affairs (OIRA), at least two large-scale citizenship clinics were set up to serve almost 1,000 immigrants in a single day. Hundreds of immigration and nonimmigration lawyers contributed their time to help people apply for and complete citizenship applications. But when Trump took office, his administration immediately began vilifying immigrants.

Immigration lawyers dove in to help. From helping those stuck at U.S. airports to staffing legal clinics to representation in courtrooms, attorneys stepped up to help people hobbled by Trump’s draconian policies. I tell many of their stories and document many of their efforts in my book, “Legal Heroes.”

But all this work exhausted them. It left many immigration lawyers feeling drained, and volunteerism began to dwindle. They found it challenging to manage their increasingly stressful and complicated caseloads, their personal needs, and the rising demand for pro bono work.

As a result, it became essential to find creative solutions. In 2018, I, together with my co-founders, created the Washington Immigrant Defense Network — WIDEN — to help fund some of their work through stipends. And thanks to the collaborative efforts of the King County Bar Association in Washington State, OIRA, and the Washington Chapter of the American Immigration Lawyers Association, we also created the first “stipended” large-scale legal clinic where every immigration lawyer received a small stipend for participating. Additionally, in Bellevue, Washington, we have continued to serve the community through an ongoing stipended legal clinic managed by The Indian Association of Western Washington, which began in 2018.

Now, in light of the continued demand for lawyers to serve Afghan and Ukrainian nationals and more, it has become necessary to revive the conversation around paying immigration lawyers to freely give of their knowledge, time, and compassion to immigrants who have nowhere else to turn for help.

Maggie (not her real name) is an example of one of those lawyers. She has been practicing law for more than 20 years, focusing on family and asylum cases, and is proud of the work she does on behalf of her clients — both the paying ones and those she can help pro bono. She operates a solo practice with a single paralegal/legal assistant employee.

As the Afghan and, more recently, the Ukrainian crises escalated, Maggie began taking more asylum cases that members of their community were bringing to her. In the beginning, providing them advice, guidance, and helping complete parole applications didn’t feel as burdensome, but now filing for asylum and other immigration benefits on their behalf has been dominating her work. There are strict timelines for filing such cases, and those drive the priorities. Spending 25 to 40 hours on each case is really starting to take a grave toll on her practice. She cannot focus on her billable work or take new cases to help pay their bills. She is having to reach out to other financial sources to keep the lights on at her office. And of course, she is not able to contribute to household expenses, leaving her husband saddled with the burden. When asked why she continues to do pro bono work, Maggie says that she feels lucky to have the special legal knowledge to help immigrants, and she knows that without her — and other attorneys like her — willing to make sacrifices, these people would likely have few options other than deportation.

There are many other lawyers across the field of immigration law facing these exact same, or similar, circumstances. The calling to help is that strong.

And while access to justice is a foundational need in our society, wringing everything out of the immigration lawyer doing this work is like strangling the proverbial golden goose. It is far more than the ABA-recommended 50 hours a year.

In 2018, before WIDEN and the other stipended clinics mentioned above, I wrote a piece titled “Blueprint for an Immigration Defense Fund.” Since then, several states have passed legal defense funds.

But even if states do pass funds (and I have personally donated many hours advocating for those funds in Washington), there’s no mechanism for the funds to trickle down to private attorneys like Maggie.

So, we need solutions — on the federal, state, and local levels. We also need creative and progressive philanthropic solutions. And we need collaboration with nonprofits that lead the work but often rely on the very people like Maggie to carry it through. While these needs are urgent and important now, they will become even more necessary in 2024, depending on who wins the election.

The depth and breadth of this problem are chronic, far-reaching, and need collaboration on many levels. Yes, it is daunting and time-consuming. But let’s not allow the perfect to be the enemy of the good. We need an interim solution of providing funds for private immigration lawyers like Maggie.

The interim solution I put forward to you is to create an immediate fund that private lawyers can apply to help sustain their work at a low bono rate. Let me know if you can help. I would love to join forces with you.

Three Traits That Make For An Unrivaled Attorney

What is an Internal Appeal for a Denied Homeowners Insurance Claim in Hawaii?