The Legacies Of Law Professors 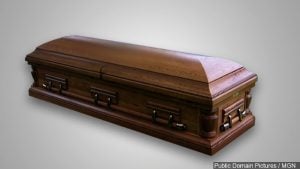 Death has been on my mind lately.  I’ve had a few friends and family in the hospital. I’ve also seen several notices of prominent law professors across the country who have passed away.

Which makes me wonder: How will you be remembered, law professors?  How do you want to be remembered? Because it won’t be about your scholarly impact or SSRN downloads.

Sure, I and a co-author have written about the law professor’s search for meaning, but this is not that question. That’s a question of why law professors seek to leave their mark. This blog is about how a law professor will be remembered versus how they wish to be remembered.

I speak from a great deal of experience with death. I’ve been to far more than my fair share of funerals. So much so that I cannot stand them. Each time, I’m angered. Beyond pissed. So many words. All too late.

With law professors, we spend a great deal of our time trying to prove we are clever. We do so by searching for scholarly impact, article placements, and recognition in our discipline. Hell, for those who are tenure track, that’s how we get tenure. Our whole life is designed to be “look at me!”

But you can’t do that when you’re dead.

We encounter others on the same path. And, in the course of this business, there are sometimes battles. More than any other group I’ve encountered, with law professors it gets personal. And that means that over the course of time as one disagrees with colleagues there may be a tendency to value them less. It makes more sense to demonize them. When we realize they are human, it can be too jolting — for that means we are human. Fallible. Mortal.

When a law professor talks about their legacy, they look to that which they leave behind. That could be articles, but I suspect (and I plan on researching this) that the shelf life of a law review article isn’t long. How many articles are still cited from the 1990s? What was the top SSRN download from 2010? In many disciplines, the wheel is being replicated because there is so much out there that no one has ever read. When law professors die, I would hope they are not pinning their legacy on their writing.

So when a law professor dies, articles are not the thing that typically gets remembered. It gets mentioned, but the things that really are remembered are how the professor helped others get jobs; how they mentored people; how their door was always open to students; lovable quirks in the classroom.

When I spoke at my mentor’s service, I spoke of his scholarship legacy. Like an idiot. My mentor was a brilliant man. Because of his discipline, he didn’t have a high scholarly impact score. But he changed laws. He made legislatures fear and hate him. Nonetheless, at his service, the thing that everyone remembered was that his door was always open. He would drop calls with very powerful people if a student walked in. He would say “you pay the overhead for this place,” but that wasn’t it; he realized that to right power imbalances you had to walk the walk. It was his kindness that won out. That was his legacy.

And even if a professor who dies isn’t well-loved, people are not caricatures fixed in time. Prior to his death, I encountered one professor who I could not stand and who in my youth I felt had no redeeming virtue. He had changed. He was happier. Partly due to changes in life circumstance, and partly I think to aging gracefully. It was refreshing to catch up, and I’m glad I did before he passed.

Another colleague of mine and I had been at each other’s throats. (Of course, it was his fault: I’m charming and delightful.) A month later, I was giving him a ride. We were having a good conversation and bonding. In that moment and in moments in between, I realized what made him unique also made him alone and misunderstood, I think. I felt honored he knew he could ask me for help even after we had been arguing viciously.

Academia tends to feed the egos of youth at the expense of the elderly. It is yet another one of the discriminatory hierarchies. A friend of mine is at a school where one colleague who had cranked out numerous great articles for decades didn’t receive nearly the respect of junior folk who had published about the same amount over a shorter span of years. But junior folk get older, and soon will be in that same boat. They will be slighted. Ignored. Forgotten.

So, my proposal is perhaps that we appreciate people while they are with us. Even if we disagree with them. It doesn’t mean we have to like everyone and forgive the unforgivable stalwart Nazi. And it doesn’t mean we have to be doormats for narcissists. But, for the most part, I think it will make academia more humane if we started with some compassion.

Bienvenidos A Miami! Biglaw Firms Are Racing To Open Offices In The South Florida City