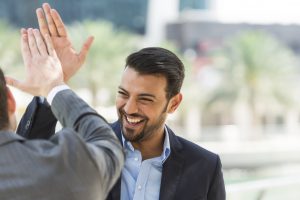 Law firm layoffs are depressing to read about, so we’ve got a much-needed break for you, and it’s just what every lawyer and law student wants to see: a ranking of the best law schools in the world.

Move over U.S. News, because we’re about to go global.

Before we get to the Global Ranking of Academic Subjects for Law, let’s discuss the methodology used by Shanghai Ranking (you can explore more in-depth explanations here if you’re interested):

The 2022 GRAS contains rankings of universities in 54 subjects across Natural Sciences, Engineering, Life Sciences, Medical Sciences, and Social Sciences. More than 1,800 out of 5,000 universities across 96 countries and regions are finally listed in the rankings. The GRAS rankings use a range of objective academic indicators and third-party data to measure the performance of world universities in respective subjects, including research output (Q1), research influence (CNCI), international collaboration (IC), research quality (Top), and international academic awards (Award).

We know you want to see if any American law schools cracked the list, so we won’t keep you waiting. Here are the top 10 best law schools in the world:

USA! USA! USA! All of the world’s top 10 law schools are in America! In fact, almost all of the T14 is represented here. It should be noted that Yale and Harvard are at the front of the pack, while Stanford — currently No. 2 in the U.S. News rankings — is stuck bringing up the rear. Yale is now the most elite law school on the planet, as if their egos needed to be puffed up anymore.

Farther down the list, U.S. law schools continue to dominate. In fact, a law school from outside the country doesn’t make an appearance until we hit Cambridge at No. 22, followed by Oxford at No. 29 and the Hebrew University of Jerusalem at No. 30. A little more than a handful of international law schools made the Top 50 on the list, with American law schools coming out on top.

What do you think about these worldly law school rankings? Congratulate or condemn your alma mater — but be careful, the world is watching.

Partner Compensation Took A Tumble At This Biglaw Firm