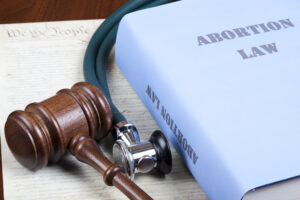 Now that the Supreme Court has overturned Roe v. Wade with its decision in Dobbs v. Jackson Women’s Health — negating almost 50 years of precedent and effectively taking away a once-constitutional right to choose — many lawyers are incensed. Law firms have pledged to defend abortion rights for people, and some have even joined forces with the Legal Alliance for Reproductive Rights to do so. Now, thousands of individual partners from some of the largest law firms in the world have signed onto calls of action to support reproductive rights in America.

More than 2,500 women partners from some of the most prestigious Biglaw firms across the country have joined together “with sorrow and a call to action” in our post-Dobbs nation to defend the right to choose. From their letter:

In sum, with the Supreme Court’s decision in Dobbs, women’s fundamental rights to liberty and equality have been drastically abridged. Women’s right to make choices about our reproductive health and when and if to have or expand a family is now subject to the control of state legislatures. The court has failed to uphold the promise at the very core of the Constitution: the promise of liberty and dispassionate, fair and equal treatment for all under law.

We cannot let that failure stand. As lawyers, and officers of the courts, we know we have unique abilities and responsibilities in the wake of this decision. To honor that responsibility and our oath to support the Constitution, we each commit ourselves to offering our pro bono legal services to organizations that defend and support women’s rights to autonomy, equality and safe access to reproductive care, including abortion. These organizations have waged the battle for reproductive freedom for decades. Now more than ever, they are in need as they support women across the country who will find themselves in the crosshairs of the law. This commitment is personal, but we call upon members of the bar across the country to make similar commitments, including and importantly the men of the bar, who we need as our allies in the fight for equal citizenship.

Shortly there after, more than 1,400 male Biglaw partners penned their own call to action, in solidarity with their female colleagues. From their letter:

We refuse to remain silent. Too often, reproductive health care is framed as a “women’s issue.” While women are clearly affected most significantly and directly, this is a human rights issue. It is imperative that men speak up and stand up as reproductive justice affects us all. This is not just about abortion, although abortion is health care and should be treated as such.

As members of the bar, we took an oath to uphold the Constitution and its promise of liberty and equality for all. Dobbs breaches that promise and hands women’s right to make their own reproductive decisions over to the whims of state legislatures. It is our duty to join our women colleagues and also offer our pro bono services to organizations that defend and support women’s rights to autonomy, equality and reproductive care. We are committed to offering those services and also to making a donation now to support such organizations.

Those seeking abortion access now have a veritable army of attorneys to call upon to defend their bodily autonomy. Thank you to each and every lawyer who signed these letters. There is strength in numbers, and your decision to help those in need during these tough times shows just how powerful your dedication to this human rights issue truly is.

What Services Can a Business Lawyer Provide in a Company’s Early Stages?

Top Accounting Issues For Lawyers In 2022

Top Accounting Issues For Lawyers In 2022

How to Use Social Media to Grow Your Business