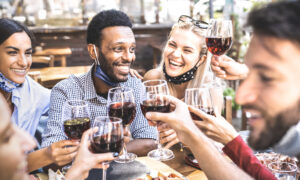 On the internet, everyone is Black.

It’s an open secret that the practice of law is pretty white. Even when firms have a diverse makeup, retention can pose a problem. In response, companies are staring to offer Diversity, Equity, and Inclusion training that should assist the transition in interesting ways. Which is a great thing — just make sure you vet your trainers. Have you ever gotten the feeling that someone doesn’t really understand what they’re working with? Like when a poet laureate makes a self-deprecating joke about their use of iambic pentameter, or when a diversity company puts their white employees in Blackface for like… any reason?

Mursion is a tech company that uses virtual reality simulations to teach racial sensitivity training (read: It remains a profitable business model to tell people it’s not okay to be racist anymore). You’d think such a company would act in a way that, you know, takes into account the importance of diversity and equity in its day-to-day functioning. Apparently that does not exclude having their white employees roleplaying and speaking as African Americans as part of their 9-5. It’s not like they’re doing something wrong or anything.

When asked about the practice, Mursion responded that:

“[O]pen casting” is necessary to scale its business and to protect employees of color from having to just endlessly replay “the same cultural biases, microaggressions, and outright discrimination in our society that too many Americans suffer today.”

How kind of them to think on behalf of their Black employees instead of, I don’t know, hiring more Black talent? And doesn’t it feel a little colorblind to suggest that white actors are familiar enough with “the cultural biases, microaggressions, and outright discrimination” in our society faced by the Black folks they’re roleplaying? If it were that easy to step into another’s shoes, would we really need the company to provide its services? But what do I know? As long as the imitators are well informed, I’m sure the difference is negligible.

Is This The First Law Firm In The Metaverse?

Is This The First Law Firm In The Metaverse?

The GOP Knows That The Dem’s Antitrust Efforts Have A Content Moderation Trojan Horse; Why Don’t The Dems?