Ukraine-Based AXDRAFT’s Resilience In The Midst Of War 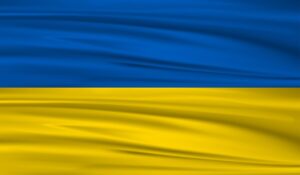 Back in March, we talked about how the invasion looms over the legal tech industry because of the strong IT presence in Ukraine. One of the companies we talked about was AXDRAFT, a document automation company that had joined the Onit family. Onit CEO Eric Elfman told me then that all of the over 60 team members in Kyiv were accounted for and safe.

I recently got a chance to chat with Yuri Zaremba, co-founder and managing director of AXDRAFT, to discuss the details of the company’s path from an intricate evacuation effort to its best quarter ever while facing invasion.

“When 2022 hit us we were ready for it,” Zaremba explained. “Unlike many people in Ukraine, we were getting ready for it, and I took the warnings and cautions seriously.” During the Russian buildup, while many assumed Putin was just posturing, AXDRAFT put together an elaborate evacuation plan for Kyiv. Many client-facing customer resources were prepositioned to Frankfurt, Germany.

“When everything started, we had already purchased satellite phones and satellite internet and we had pre-booked hotel and office space in Lviv,” the westernmost major Ukrainian city. While Lviv has suffered rocket attacks — including one that struck about a mile from Zaremba — it has remained free of Russian troops.

Zaremba returned to the country from Houston a week before the invasion. “I just knew that coordinating from the US would fail, so I came back from Houston to Lviv. When the first rockets started, I called in our head of customer implementation and said ‘it’s go time’ and the plan that we’d put together was put in action. The busses arrived, we moved everything to satellite communication, and began the move to Lviv.”

Evacuating AXDRAFT to Lviv took roughly 24 hours with mass congestion slowing the normally six-hour trip. When everyone resettled in the new location, Zaremba called the team together to tell them it was time to get back to business. “First of all because we can.” AXDRAFT sells internationally and didn’t want to let down its customers. “Second, because the survival of Ukraine depends on each of us contributing where we can by generating revenue and paying taxes,” Zaremba said.

Still, even though AXDRAFT was ready and client support was never interrupted, it did have to “build up our sales pipeline — this is where the Onit family was instrumental. We were able to leverage synergy with Onit.” The result was — after a first quarter that understandably suffered from the invasion — the best quarter in AXDRAFT history. “Double what it should have been,” Zaremba noted. The third quarter is also on track.

When Russian troops finally left the Kyiv area, Zaremba “had to almost forcefully hold them back. They wanted to go home of course but I told them please don’t go back right now… delay that for a month.” He was right to be cautious: “You weren’t allowed to go into parks because there could be landmines in the park — their everyday routines had, overnight, become dangerous and they didn’t stop being dangerous right away.” But now Kyiv is returning to normal. “It’s lively. Not as lively as it used to be, maybe 75 percent of stores and restaurants are open. People are trying to get back to living their ordinary lives.” While AXDRAFT now has a permanent location in Lviv, many employees have now been able to get back to Kyiv.

“Six months in, we are now stronger than ever. More resilient than ever. Business was never interrupted. And we’ve diversified as a business — we have a stronger product and engineering team outside of Ukraine now and a permanent team in Germany.”

AXDRAFT has another emergency plan in case of escalation, though Zaremba is much more confident now that they won’t need to call upon it. But that confidence can’t breed complacency for the rest of the world. “It’s super important to not get into a mental trap that ‘oh, they’re all right’ and forget about it. There are ongoing humanitarian and military initiatives. Many members of Onit team are donating to humanitarian causes. We fundraise for them, pick up in Frankfurt, and bring back to here. Important that these efforts continue because it’s an ongoing crisis here. We need international support to continue winning.”

Love Working In Biglaw? It May Be Surprising, But You’re Not The Only One

Love Working In Biglaw? It May Be Surprising, But You're Not The Only One

How You Can Build Workflows That Work For Your Practice